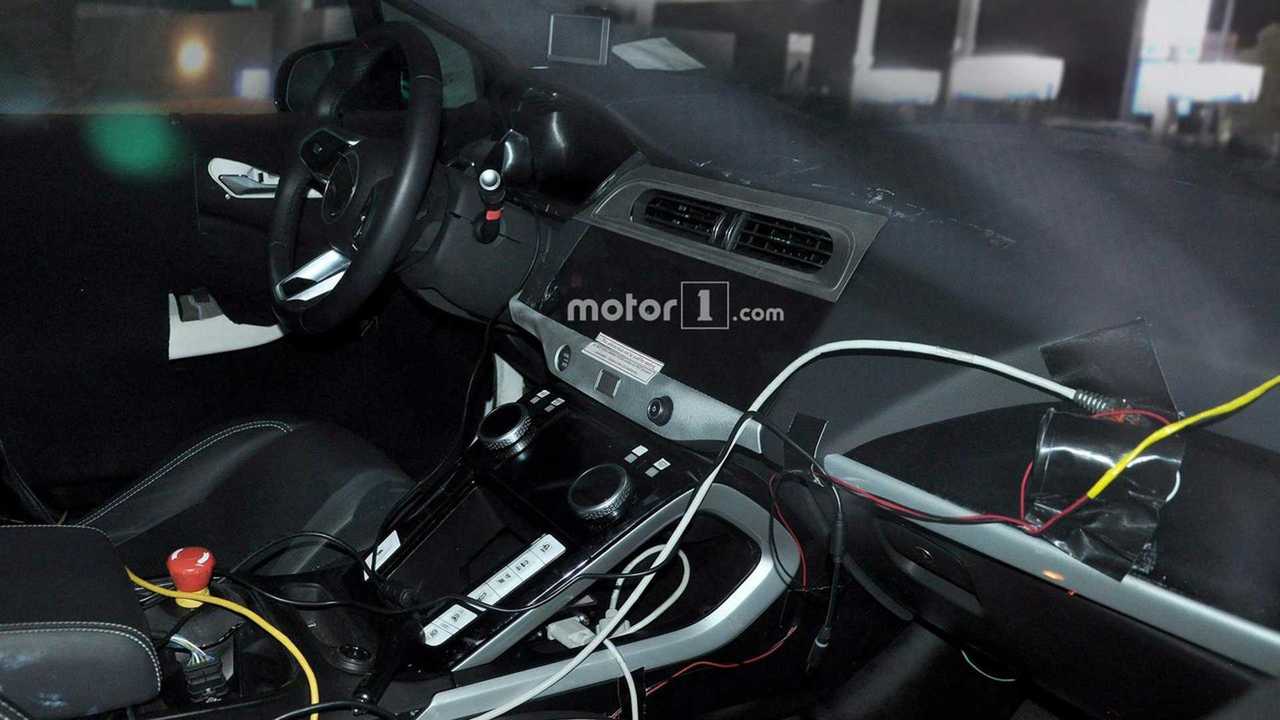 It will remain pretty much faithful to the concept.

History has taught us a concept is usually much more exciting than the production model that comes after it, but we’re happy to report Jaguar’s I-Pace electric crossover will not stray too far away from the original showcar - which was introduced last November in Los Angeles.

Not only will the body, with its retractable door handles, be almost a carbon copy of the concept’s design, but the spy shots show that the interior will also remain pretty much the same.

Check out comparison shot from the original concept's interior below.

The near-production prototype was caught, while recharging, to reveal the cabin will boast a wide touchscreen, and the “floating” center console in the same vein as the namesake concept.

Sure, it may not match the pizzazz of the showcar that preceded it, but keep in mind this is a test vehicle and as such the quality of the materials is unlikely to match the production model’s fit and finish.

Look closer and you’ll notice the steering wheel design as well as the layout of the physical buttons on the lower section of the glossy black center console is similar. The most obvious change from concept to production is the adoption of conventional air vents.

Picture the cabin without all of those cables, warning stickers, and the red emergency button to get in the way, and it suddenly becomes more appealing. The prototype seemed to have a digital instrument cluster, which is slowly and surely becoming the norm not just among premium models, but also if you’re shopping for a mainstream car. Heck, even the new VW Polo has one.

As a refresher, Jaguar has already said the final version of the I-Pace will carry over most of the concept’s technical specifications. That means it will likely use a 90-kWh battery good for more than 310 miles (500 kilometers) in the New European Driving Cycle. or 220+ miles (354 km) in the more plausible tests conducted by EPA.

We caught up with the I-Pace while testing in Phoenix, Arizona, and while Jaguar's test drivers were none-too-chatty, they threw out a driving range of "about 250 miles".

A pair of electric motors developed 400 hp and 516 lb-ft (700 Nm) in the concept, which had an all-wheel-drive layout and fast-charging capabilities by “refilling” the battery pack to an 80% level in 90 minutes.

We are likely about a month away from the world premiere of the production-ready I-Pace as Jaguar is expected to take the wraps off at the Frankfurt Motor Show. That being said, an online reveal could take place in the coming weeks.