Report: All-Electric Honda Clarity To Have Just 80 Miles Of Range, Priced Around $35,000 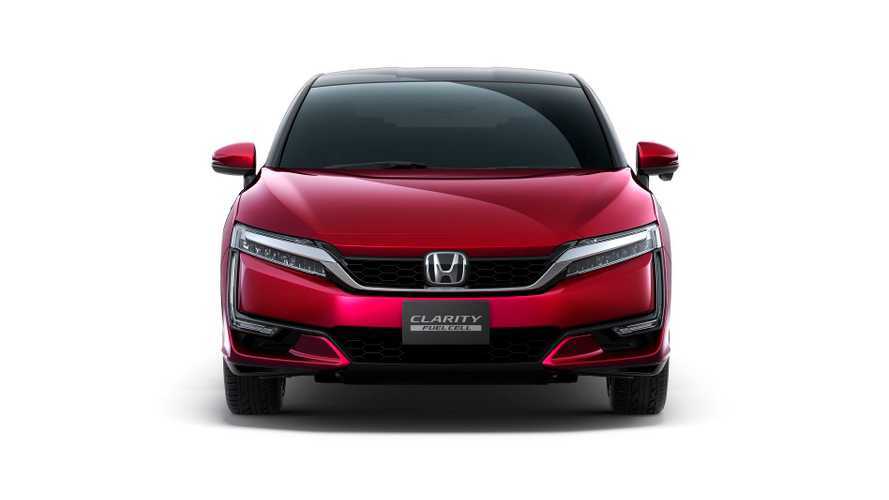 Honda already sells its fuel cell version of the Clarity, but the automaker previously stated it would offer both a pure electric Clarity and a plug-in hybrid version in the near future.

Now, it seems we have a bit of new info on the pure electric version of the Clarity.

According to Automotive News, who cites Steve Center, vice president of environmental business development at American Honda Motor, the upcoming electric Clarity will have only 80 miles or so of range. If true, that's a huge step backwards in the wrong direction as other inexpensive electric cars are now offering 100-plus, or even 200-plus miles of range.

Honda says that there's a reason for this short amount of electric range. Since the Clarity rides on a relatively small platform a big battery won't really fit. Furthermore, Honda says its target price for the electric Clarity is $35,000, so to keep pricing down, a smaller pack will be fitted.

This seems like some major BS to us, but Honda insists that the vehicle's range is restricted by those two parameters (small platform and target price). Perhaps they've never heard of the small, 238-mile Chevrolet Bolt that sells in the ballpark price range of $35,000.

"A pillar of the Honda brand is affordability, and if Honda came out with some obscenely priced long-range electric car, what does that do for the brand?"

"Most of our customers would not be able to acquire it."

"These people want a battery car and they know what they do and where they go."

"They're very rational and they don't need to lug around or charge up a 300-mile-range battery because that costs them electricity."

Hmm...these people. Probably not the best choice of words there. He's referring to electric car buyers who aren't prone to range anxiety. Center added that the Honda Fit EV was well received and that nobody really complained about its short range (82 miles). Center says most of the negative complaints against the Fit EV were linked to its small size, which the Clarity solves by being "a whole lot" bigger than the Fit EV.

Let's go ahead and call the Clarity EV what it is now...a compliance car.