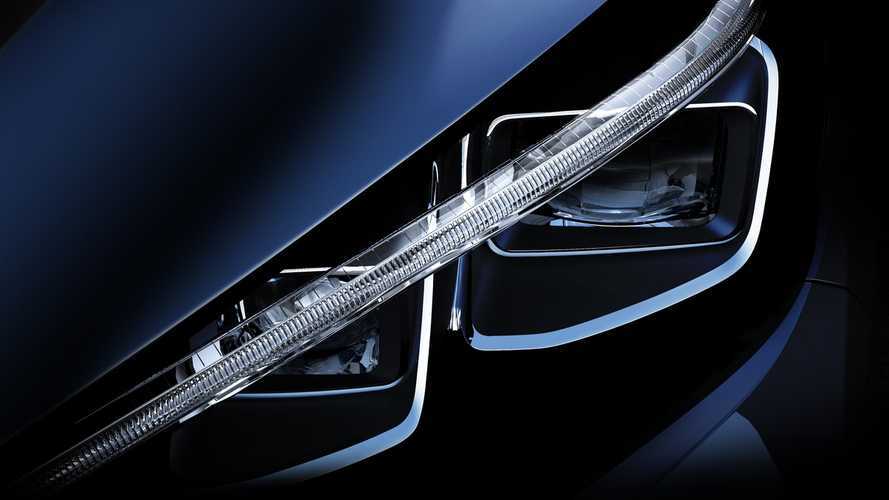 Nissan has finally started the promotional wheels turning for its upcoming, "all new" LEAF, that will officially debut this September, and go on sale shortly thereafter.

And what better way to kick things off than a teaser pic...unfortunately for now, it is just of the front headlamp assembly.

However, considering how maligned the first generation LEAF's unconventional headlamp/look was up front, perhaps this was as good a place as any to start.

Given Nissan's statement surrounding the first image, we are in for a slow trickle of subsequent shots:

"Today, the world gets its first glimpse at the next-generation LEAF, the next chapter in Nissan's Intelligent Zero-Emissions Mobility.

This "teaser" image, released via social media channels and to current LEAF owners, is the first in a series of photos and informational briefs scheduled this summer in preparation for the global reveal of the new Nissan LEAF later this year."

As always, we will have all the new pictures and related 2nd gen information as it becomes available.

Also as a point of reference (shown below), the Nissan IDS Concept is said to be the inspiration for the next generation LEAF.

The next generation LEAF is said to arrive with at least 2 longer range battery options, hopefully the 60 kWh pack found in the IDS (and looking production ready - see photo below) will be one of those options out of the gate.