Tesla Leads The Self-Driving Race - Can The "Little Guy" Stay On Top? 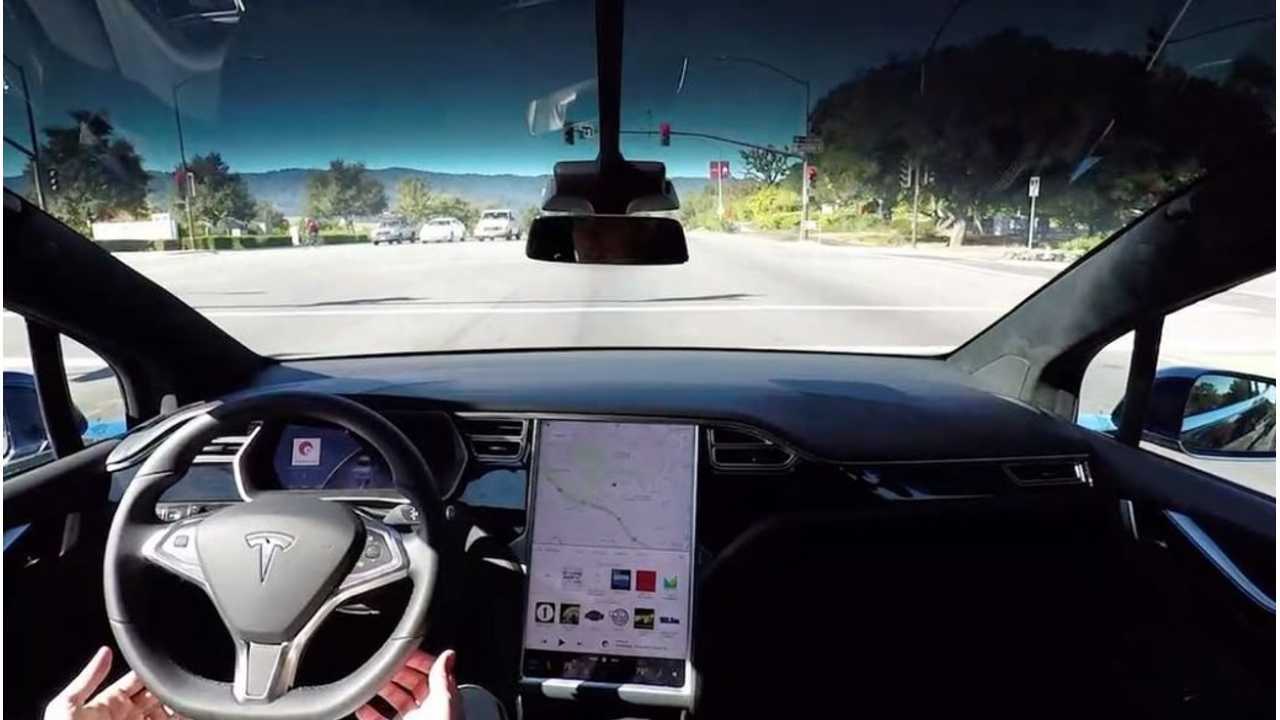 Inside a Tesla Model S

TESLA LEADS IN AUTONOMY - AND SOME PUNDITS GET IT

News coverage of autonomous vehicles is everywhere but, as we have often pointed out, few observers realize how transformative the effects on society are going to be, and many in the mainstream media ignore or minimize Tesla’s role in the coming revolution. ARK Investment Management is one of the outfits that gets it. In a recent white paper called “Mobility-As-A-Service: Why Self-Driving Cars Could Change Everything,” the company notes that fully autonomous vehicles may become commercially available before 2020, and predicts that this will enable the rapid growth of autonomous taxi networks, and transform the automotive industry.

While there will certainly be losers (taxi drivers, slow-moving automakers), ARK sees the brave new self-driving world as not only an extremely valuable investment opportunity, but an overall boon to society. Autonomous taxis will reduce the cost of mobility. ARK estimates that they will cost consumers $0.35 cents per mile, which is about half of what a typical car owner pays to drive today, taking all the costs into account. ARK expects traffic to increase dramatically, to three times today’s levels by 2030. However, it believes fewer people will choose to own vehicles, which will decrease global auto sales, cutting them nearly in half in developed markets.

Many would expect lower auto sales to be bad news for the economy, but ARK foresees just the opposite. Various types of new services will generate revenue, people will gain more productive time once they are relieved of driving, and land now used for parking lots will be repurposed for more profitable uses. By 2035, ARK predicts that autonomous taxis will add more than $2 trillion to US GDP. And it’s not only money that will be saved. ARK expects auto accident rates to decline by over 80% as machines take the wheel from drunk and distracted drivers. In the US alone, autonomous vehicles could save as many as 140,000 lives by 2035, most of them young adults.

Model X rolls out on to the stage to be handed to the first owner in Hong Kong. Credit: Tesla

ARK’s research indicates that the global market for “mobility as a service” will grow to over $10 trillion by the early 2030s. The company expects autonomous taxi networks alone to have a market cap of $4 trillion, three times that of the automotive manufacturing industry. ARK CEO Cathie Wood recently discussed her company’s bullish stance on autonomy and Tesla on Bloomberg Technology. “We think between electric vehicles and autonomous taxi networks is going to be disrupted severely. We think Tesla has its eye on the autonomous taxi market, and of course, we know it’s leading the charge in electric vehicles, so we’re very excited about Tesla.”

Bloomberg’s Cory Johnson makes a half-hearted attempt to rebut Ms. Wood’s argument, suggesting that investors should buy Ford instead of Tesla, because it has a similar market cap while currently producing 100 times more automobiles, and also has “a focus on self-driving.” Ms. Wood replies, pointing out that Tesla is not just an automaker, but “a technology company, a battery company, an internet of things company. We don’t think you can put it in the same category as Ford. Ford has to overcome the internal combustion engine, shifting over to electric vehicles. That’s one big transition, and then on top of that, they’re going to have to try and face this autonomous taxi network... so we’re very focused on who’s leading the charge into this new age.”

Above: Cathie Wood, Ark Invest's chief executive officer and chief investment officer, explains why she is excited about the future of Tesla (Youtube: Bloomberg Technology)

While all the major automakers, including Ford, are investing substantial amounts in both autonomy and electrification, to equate their R&D efforts to Tesla’s established leadership is quite a stretch at this point. There is a valid argument to be made that, once the majors finally do catch up, their vast resources and economies of scale will give them an advantage. However, Tesla bulls will counter by pointing to past cases in which incumbent giants found themselves paralyzed by the classic Innovator’s Dilemma, and lost their lunches to agile new competitors.