Up Close And Personal With Lucid Air - Video 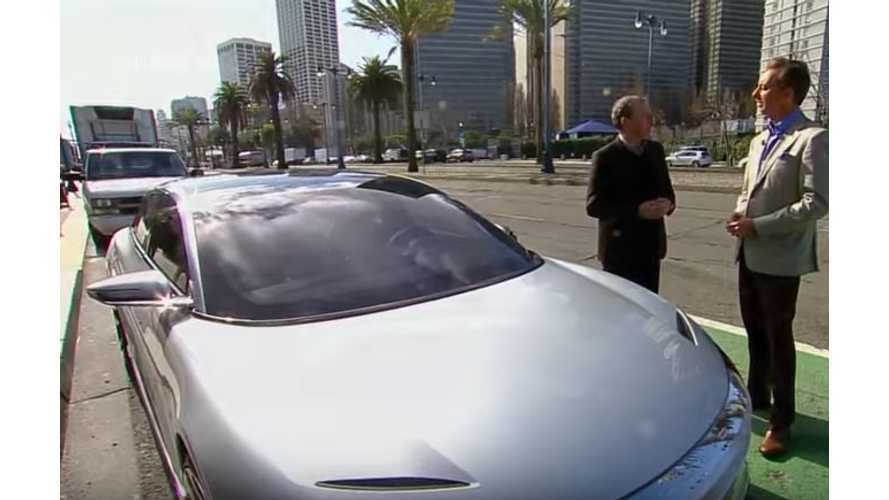 Aside from some highly publicized media ride events and the spotting while filming for a video spot, the Lucid Air from Lucid Motors hasn't been seen out in public much until now.

Bloomberg Technology's Cory Johnson got a rare and rather in-depth look at the Lucid Air recently (out in the public).

"What do you do after you creating the Tesla Model S? Well, for Tesla's former lead engineer Peter Rawlinson, you start your own car company called Lucid Motors. The company’s first car is the Air. It's all electric, with one-thousand horsepower and slated for full production in two years. Rawlinson brought the car to Bloomberg's San Francisco office to give Cory Johnson a peek on "Bloomberg Technology."

This is still an early prototype Air, so on the inside it's a work in progress, but the exterior looks pretty much wrapped up to us.