Tesla Releases 'Swap Your Car For A Model S' Videos 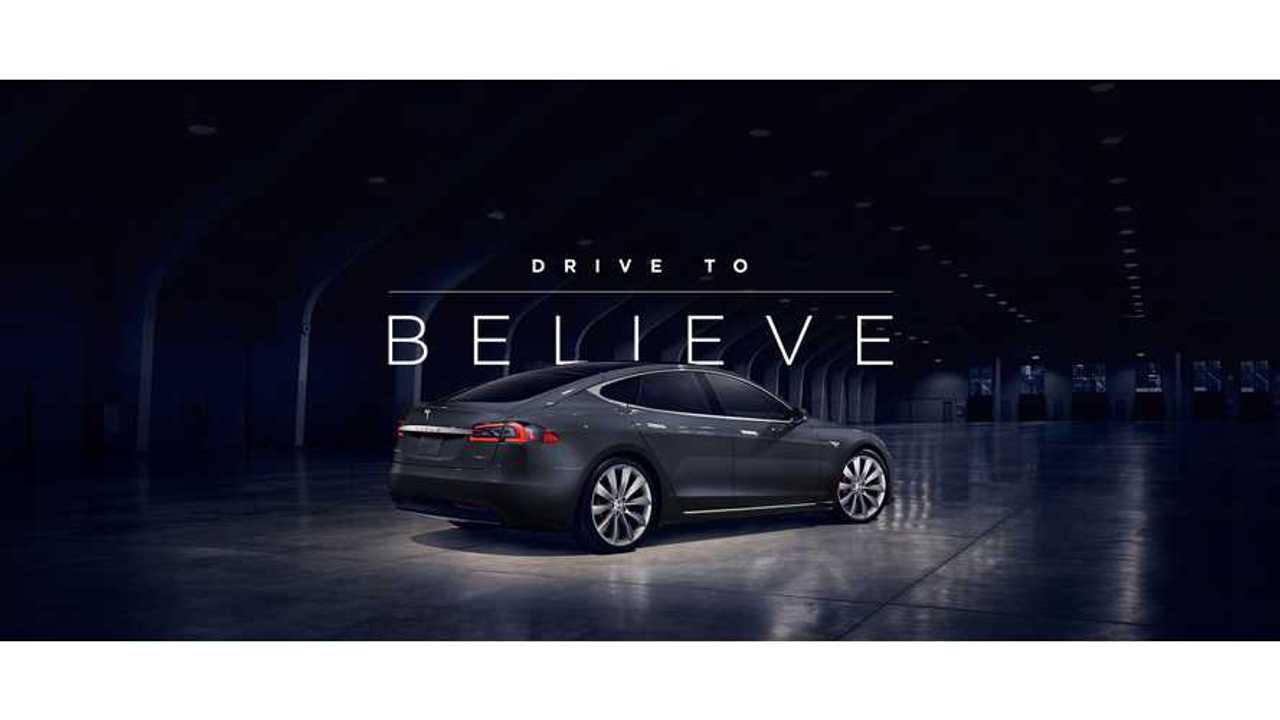 Tesla Drive to Believe Germany from Tesla, Inc on Vimeo.

To increase its footprint in Europe, Tesla conducted a Drive to Believe Challenge last year. The program was kind of an extended week-long test drive of a Model S, and now anyone can see what those miles were like. Recently, Tesla released two new videos showcasing Drive to Believe.

"Over 40 winners from across Europe were selected to exchange their current vehicle for a Model S for one week. Check out some of their experiences, below. Stay updated on future Tesla updates below or experience the safest, most exhilarating sedan on the road for yourself and arrange a test drive."

The winner from Germany swapped its Mini One and was so much happy with Tesla Model S that he hoped to convince his wife to buy one. We are not sure whether or not he succeeded. The second winner, from the Netherlands, was especially interested in Tesla's safety features. This should not surprise us, since the winner's previous car was a Volvo C30 and Volvo is recognized as a manufacturer of some of the safest cars around. It's expected that Tesla will release more videos from other European countries down the road.

You can try to catch on the next batch of Drive to Believe Challenge if there will be one (stay updated or apply here).

Tesla Drive to Believe - The Netherlands from Tesla, Inc on Vimeo.