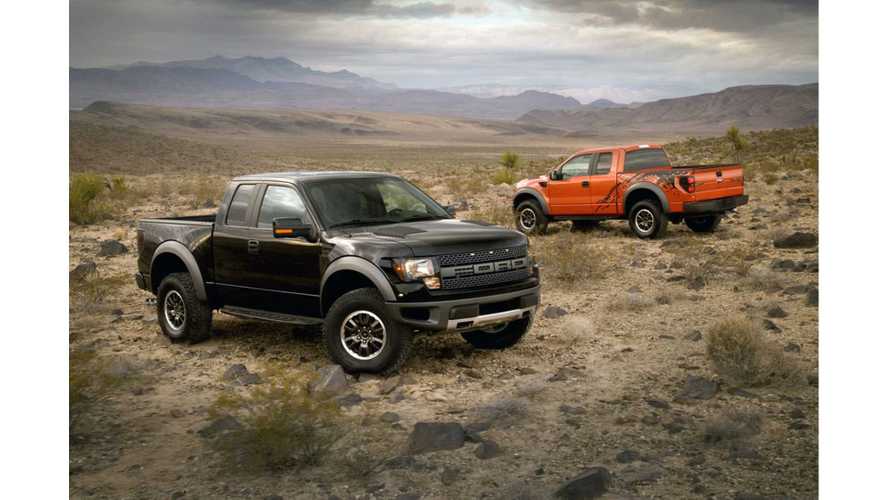 When announcing new details on the 300-plus mile range electric CUV, Ford let it be known that there's at least a possibility that its hugely popular F-150 truck could someday be offered in full electric form.

Previously a 2020 Tesla Pickup Truck was rendered by Top Speed

Ford didn't confirm that an electric F-150 is coming, but rather the automaker didn't fully rule one out. At this point, we will take what we can get.

“In a CUV, you aren't too worried about payload or towing, but it’s very different for a truck. And when you put that number of cells and that much weight into the vehicle, it does cut into payload and towing.”

That's why Ford says it will offer a hybrid F-150 in the near future. Nair stated:

"We want electrification to be a bonus. One thing that is really advantageous on the hybrid is it also becomes its own power generating source."

That's all fine and dandy but Tesla has a fully electric truck coming in the next couple of years and it seems as though Ford might want to compete. In regards to a pure electric F-150, Nair commented:

"I would never rule out anything like that. But right now, a hybrid version makes more sense."

Right now, maybe. But if Tesla truck becomes a hit, you'd better believe the legacy automakers are going to want in on that market. Why wait for Tesla then when you could lead the way?