It's Getting Harder To Make The Long Tailpipe Argument In Europe 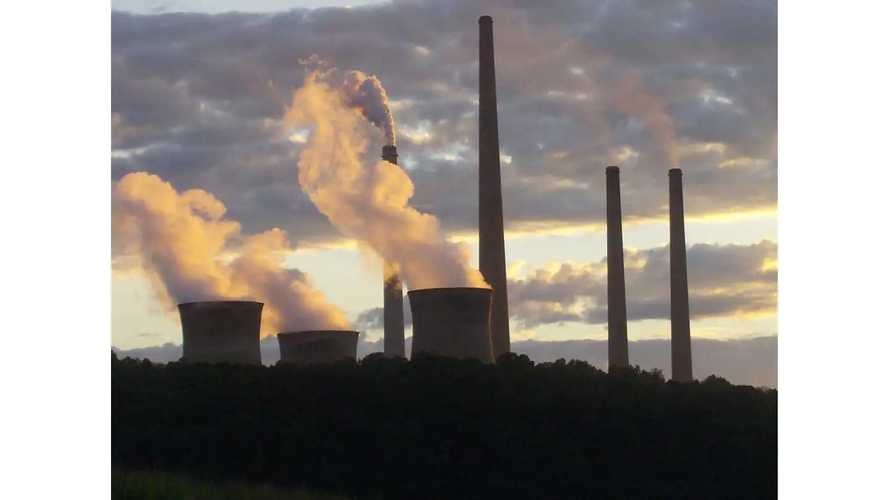 It's been a favorite criticism of plug-in vehicles for a long, long time: who cares if there are no tailpipe emissions if you're just using dirty coal to power your car. Well, thanks to new rules for coal-fired power stations in Europe, that argument is about to get much, much weaker. The EU adopted new standards that will put stricter limits on the emissions of nitrous oxides (NOx), sulphur dioxide (SO2), and particulate matter (PM). A release by the European Environmental Bureau says that, "with coal already in dramatic decline, the uncertainty created by stricter limits on pollution leaves closure as the only logical end for coal plants."

In other words, cleaner environmental rules are working to get coal plants shut down, which will make more room for clean renewable energy. This will only help make all of the electric vehicles driving on European roads cleaner tomorrow than they are today. These new rules are just one way that the reasons to rail against electric vehicles are getting weaker and weaker all the time. See our collection of the (fading) arguments against EVs here.

Europe's most polluting power plants, including many large coal-fired power stations, will be forced to clean up or close down thanks to new EU rules adopted today. The revised standards demand reductions in toxic emissions, yet businesses and governments appear unprepared.

EU-wide compliance with the new rules could cost as much as €15.4bn, and 82% of coal capacity expected to be online in 2021 is currently failing to meet the minimum standards. With coal already in dramatic decline, the uncertainty created by stricter limits on pollution leaves closure as the only logical end for coal plants.

The new standards include tighter rules for emissions of nitrous oxides (NOx), sulphur dioxide (SO2) and tiny pieces of harmful dust known as 'particulate matter' (PM). These toxic substances are linked to a host of health and environmental issues including the development of asthma in children and polluting of Europe's air and water.

132 cities in 23 countries are breaching EU laws on air quality. Worsening urban air pollution has been described as a 'public health crisis' and has led to growing demands from communities for urgent action.  Ensuring large power plants use the best available techniques to reduce pollution will lead to significant reductions in emissions and have a positive effect on air quality across Europe, including in cities.

The new rules were adopted despite the opposition of major coal-addicted economies. At the time of the vote in April, Germany was heavily criticised by health, environmental and climate groups for joining a 'toxic bloc' of eastern European countries in opposing the new limits.

Today's publication provides a safety net of minimum expectations for Europe's worst polluters, but more importantly it signals that the end for coal in Europe is looming. EU governments now have a maximum of four years to adapt their energy systems to the new limits and ensure workers and communities facing an uncertain economic future are empowered to transition to new livelihoods.