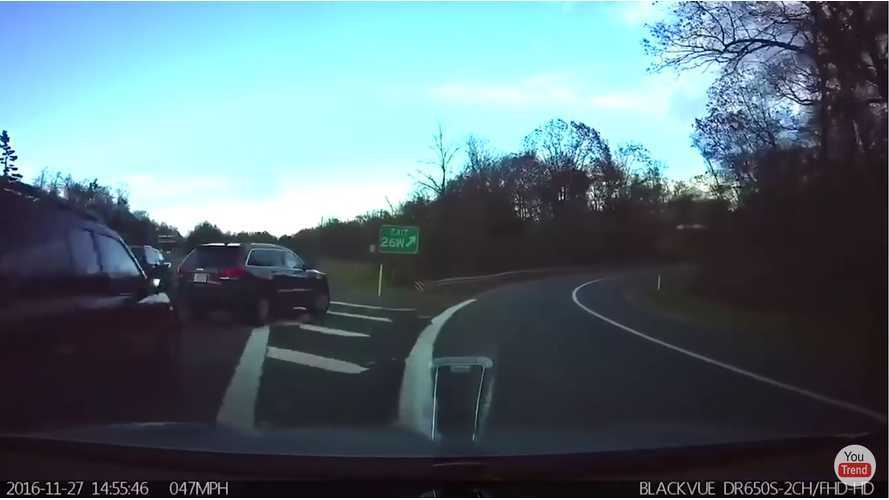 This Tesla Model X driver keeps an aftermarket dash cam permanently engaged in his vehicle. He has captured a multitude of excellent footage to share, related to the Tesla Emergency Braking alert system.

This video shows many close calls, and the audio lets you hear the Tesla emergency braking warning. It includes many different scenarios, from simple braking behind stopping vehicles, to potential "t-bone" impacts, as well as other vehicles crossing the lane. Footage is taken during the day and at night. The system even stops in time for a deer at sunset.

The driver notes that the system has saved his life on numerous occasions. It's encouraging to see it in action.

Automatic Emergency Braking warning kicking in on our Model X to help alert and avoid a potentially serious accident. My dad was driving the car, footage shot on a Blackvue dash cam, and Autopilot was not engaged.

Below are a few more. The first one specifically shows Tesla Autopilot in action.

The following video shows an actual crash, but the Tesla that was following was able to avoid an incident.