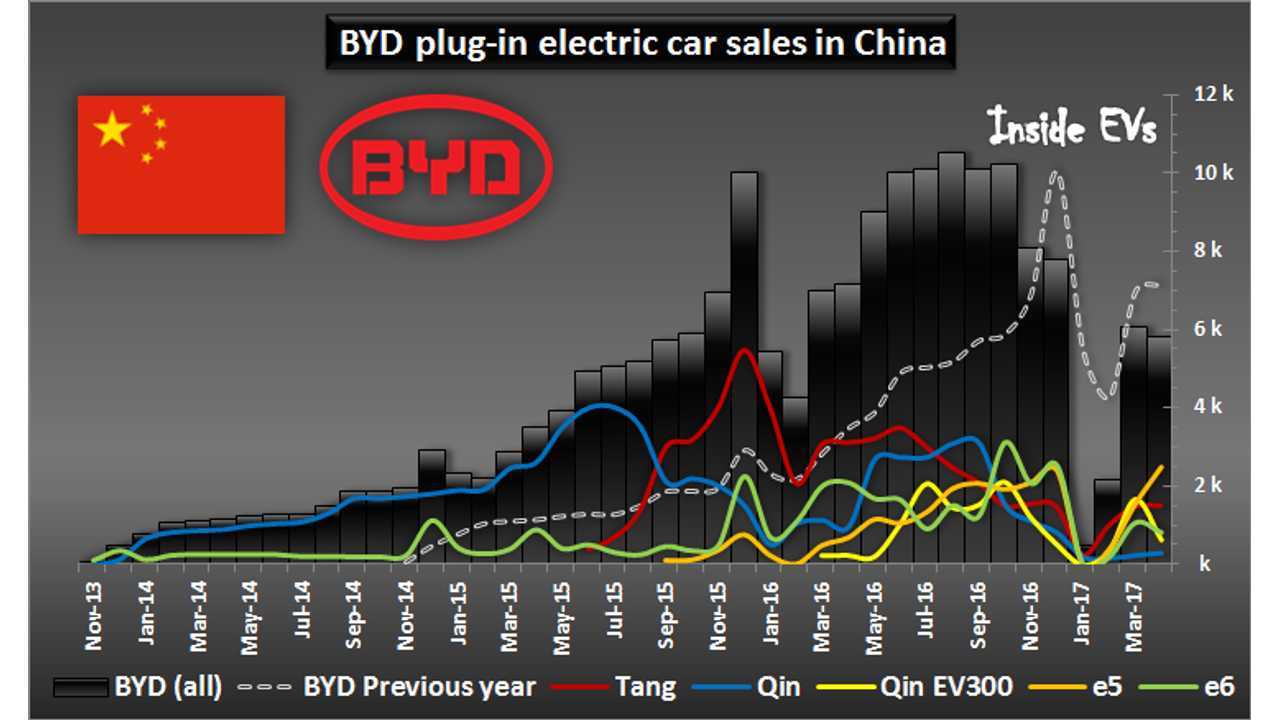 It is a problem that a year ago would have almost been unthinkable.  For April 2017, BYD once again was unable to sell as many plug-in electric cars in China as year ago - its the 5th consecutive monthly drop against previous numbers...after always having shown large gains previously.

The overall result of 5,815 plug-ins sold was also lower than in March, when it seemed that BYD had started to sort out government-induced demand problems.  Apparently, not quite the case.

One thing is for sure, if China wants to hit its goal of ~800,000 total new plug-ins on the road in 2017 (commercial vehicles included), it will need BYD to turn things around...and fast!