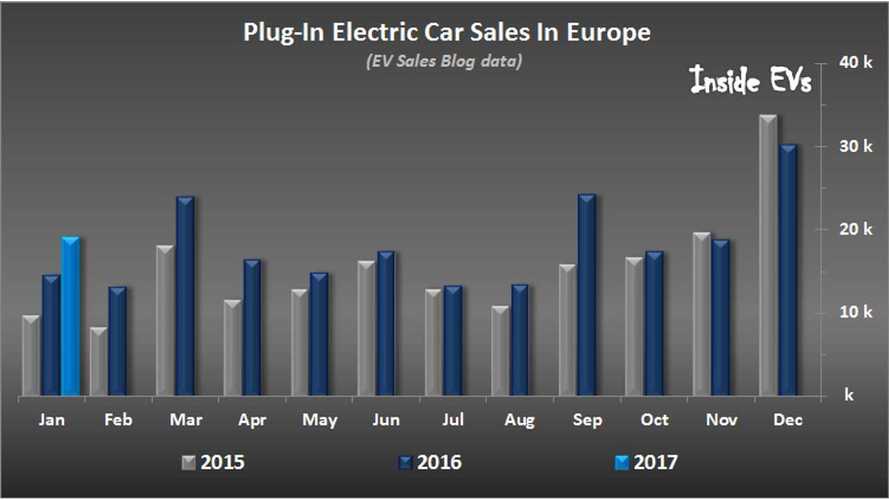 Europe began 2017 with solid growth of plug-in electric car sales, up 31% year-over-year according to the EV Sales Blog report. In total, roughly 19,000 units were sold, which is not only the best January ever, but also one of the better months ever. Renault ZOE took an early lead with 2,602 sales (up 80 percent) after securing 1st place in 2016.

In second place was the BMW i3 (1,818), which gives us one way to compare sales of different battery sizes. Renault is seeing better sales of the new 41-kWh ZOE, while i3 continues to sell the 33-kWh i3. Obviously, these cars are quite different, but with EVs, range does matter. And, if BEV sales are so tightly connected to battery pack capacity/range and price, we are eager to see the Opel Ampera-e later this year.

Comparing Europe to U.S., we don't see any big changes in January: