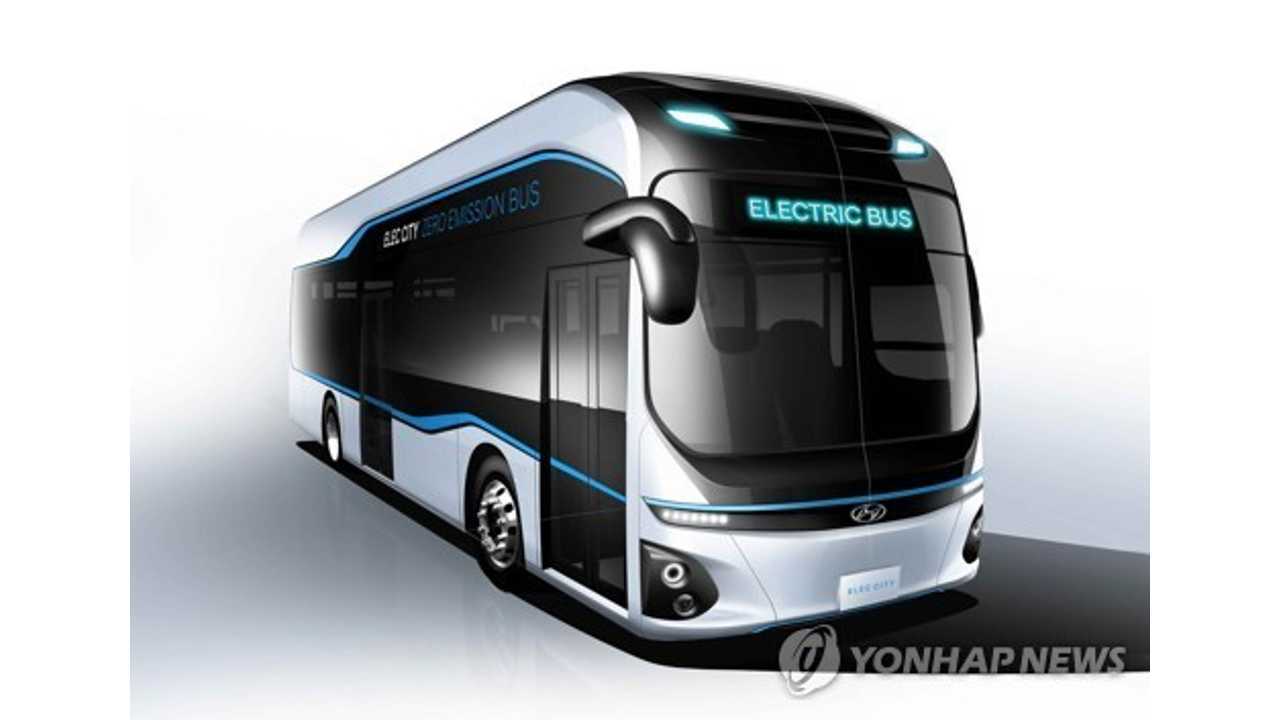 Hyundai isn't stopping at passenger vehicles when it comes to electrification; starting next year the company will begin the commercialization of electric buses in South Korea.

The unveiling of a new fully electric bus is expected later this month.  And this won't be the company's first attempt at this segment either.

Hyundai tried to introduce electric buses several years ago, but those early versions were reportedly not successful in terms of market response, due to the lack of charging stations according to a company spokesman.

"Hyundai has been developing the 'Elec City' for the past eight years and will showcase the vehicle powered by a 256 kilowatt-per-hour battery at the Hyundai Truck & Bus Mega Fair, a local commercial vehicle exhibition initiated by the carmaker, it said. The electrified bus can run 290 kilometers on a single charge with the company claiming it will take several hours to top up the battery.

The commercial vehicle show is scheduled to be held from May 25-28 at KINTEX exhibition hall, just northwest of Seoul."