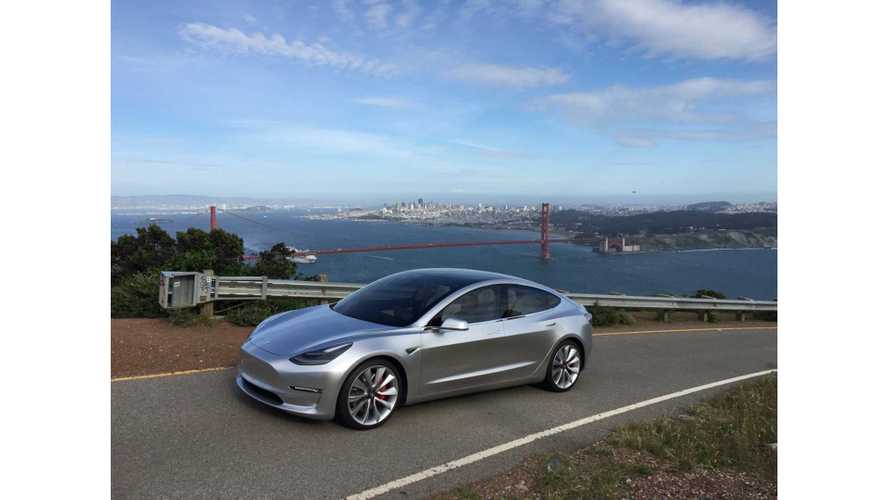 Tesla police cars could soon be patrolling the streets of London. Sir Bernard Hogan-Howe, Chief of the city’s Metropolitan Police, recently spoke with Elon Musk about testing Teslas for the agency’s fleet. Scotland Yard plans to replace 700 of its 4,000 cars by 2018, and it has set a goal of deploying 250 alternative energy vehicles. “These first vehicles are a stepping stone that will allow us to build the volume over time once we have the right technology and infrastructure in place,” Jiggs Bharij, Head of Metropolitan Police Fleet Services, told the Evening Standard.

The force is already testing the electric BMW i3. “The response from police drivers to the BMW i3 has been very positive,” said Bharij. “It’s actually a very quick car.” Met officials are also “in discussions with nearly all major car manufacturers including Ford, Mercedes, Nissan, Renault and VW to test vehicles ranging from cars to mopeds and vans.”

The Los Angeles Police Department (LAPD) is also moving toward electrification. It took delivery of 100 BMW i3s last summer. The i3s are used by support employees and investigation teams, but they don’t have the range or speed required for a patrol car. Teslas, however, are another story. The LAPD began testing a specially-equipped Model S as a “high-pursuit” police cruiser last October. However, Police Administrator Vartan Yegiyan says that the price would have to come down considerably before the LAPD makes Teslas a major part of its fleet. When the Model 3 becomes available later this year, with impressive performance at half the price of a Model S, it might just turn out to be the perfect cop car.

In fact, with the Chevy Bolt heralding a new generation of longer-range, reasonably priced EVs, the stars could be aligned for the electrification of fleet vehicles of all kinds to kick into high gear soon. In many ways, fleets are a perfect application for EVs - fleet vehicles often drive fairly short, regular routes and return to central depots, making charging convenient. And unlike individuals, fleet buyers (theoretically) buy based on dollars and cents, not emotion, and they tend to know precisely what they spend on fuel and maintenance costs each year.

For many fleets, the value proposition for EVs is clear - the savings on operating costs over a vehicle’s expected lifetime outweigh the higher purchase cost. However, while many fleets around the world are operating EVs on a trial basis, few have yet announced plans to phase out their legacy internal combustion vehicles. The reason, according to insiders familiar with the fleet market, has to do with conservatism and prudence. Saving money is important, but performance is mission-critical. Fleet operators have to be absolutely certain that a new kind of vehicle will get the job done, and that’s why they insist on running a pilot for at least one or two years before they commit to a large-scale purchase.

Many such pilots have now been running long enough to generate a substantial amount of data, and with the advent of more affordable EVs such as the Chevy Bolt and, later this year, the Tesla Model 3, we may start seeing more fleets committing to serious electrification plans. Those who want to take advantage of the US federal tax credit, however, had better make a decision soon. The credits will begin to phase out for each individual automaker after it sells 200,000 plug-in vehicles. According to InsideEVs’ estimates, GM could reach that level in the spring of 2018, and Nissan in 2019. As for Tesla, its tax credits will probably start shrinking just about the time it begins delivering Model 3 in volume.