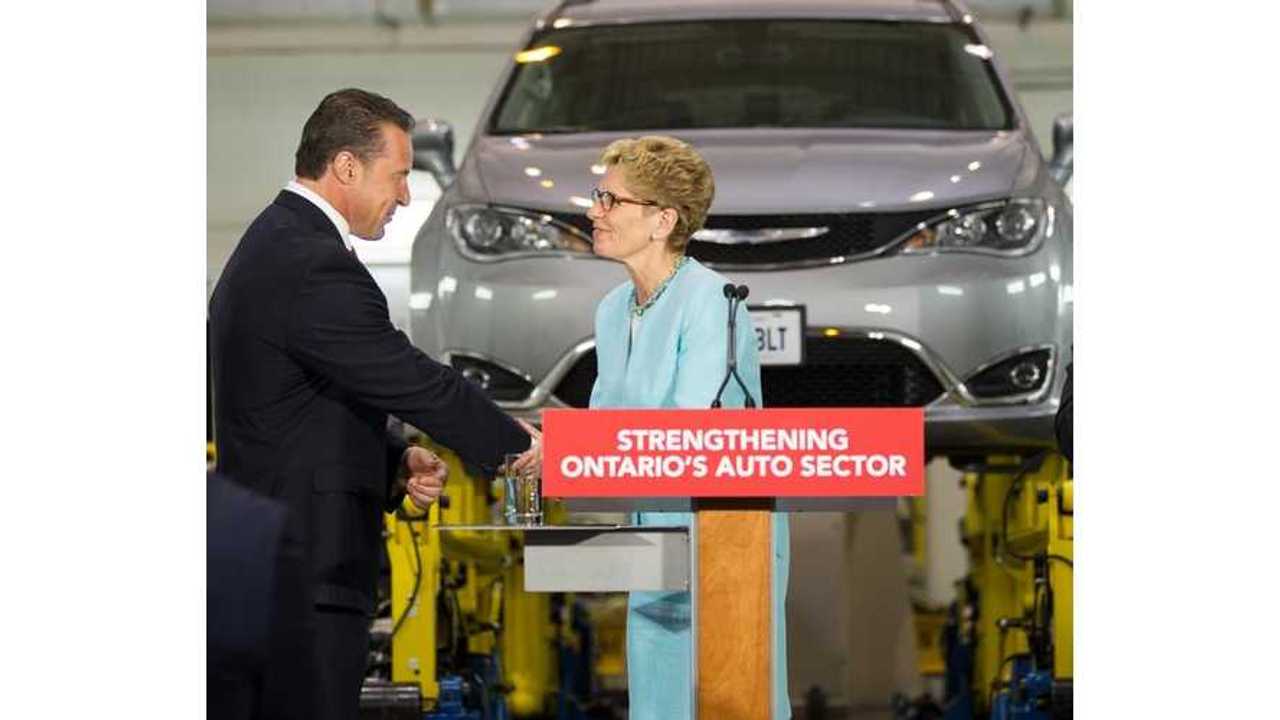 Patrick Brown, Ontario's Progressive Conservative Leader, believes that a $14,000 tax break, which can now be applied to $100,000 Tesla vehicles, is overboard. He also points out that it's peculiar that the environment minister's chief of staff just left the government position to go to work for Tesla.

“It doesn’t pass the smell test. You’ve got someone that is leaving a minister’s office and going to a company that is now benefitting from these decisions.”

Brown feels that it's a bit much to subsidize a luxury "race" car like Tesla Model S P100DL.

In February, Ian Myrans left the position of chief of staff to Environment Minister Glen Murray, to take a job at Tesla.

However, Murray disputes Brown's assumptions because his office has no jurisdiction over electric vehicle rebates.

Murray explained that those decisions are handled by the Ministry of Transportation. Murray also pointed out the the decisions were made months ago. He shared:

“First of all, Ian didn’t work for the minister of transportation who made the decision. The decision on this was made almost a year ago … it wasn't a decision he was directly involved in. As soon as Ian was aware — and that was quite recently — that he was going to go pursue a position in the private sector, he immediately … went to the integrity commissioner and rules were put in place about his involvement. He followed the very letter of the law and the spirit of it.”

Electric car subsidies in Ontario start at $3,000, and escalate based on battery size, passenger capacity, and other parameters. All Tesla vehicles get the top $14,000 rebate. Many other, less expensive models qualify for the maximum as well, including the Chevrolet Bolt, Kia Soul EV, Nissan LEAF, and Ford Focus Electric.

A prior rebate program excluded expensive EVs, like that of Tesla. Many argued that regardless of the price of the Tesla vehicles, it is only fair to offer the equal incentives, being that the vehicles fit the bill for passenger space and long-range battery capacity. Also, the incentive could be the reason that some people are able to afford more expensive vehicles, that they otherwise couldn't purchase. EVs are more expensive than their ICE counterparts, and the incentive helps to minimize that discrepancy.

Steven Del Duca, the minister of transportation, believes that the incentives are helping to get more ICE cars off the roads. He explained:

“Having an enhanced incentive, which we announced months ago, is something that helps give people the opportunity to participate in the fight against climate change. We know that the transportation sector accounts for 35 per cent of all greenhouse gas emissions."

“I think you can fight climate change without subsidizing $100,000 cars.”

NDP Leader Andrea Horwath sided with Brown on the topic:

“Why does somebody who can afford a luxury vehicle…need a tax break from the government? It makes no sense.”