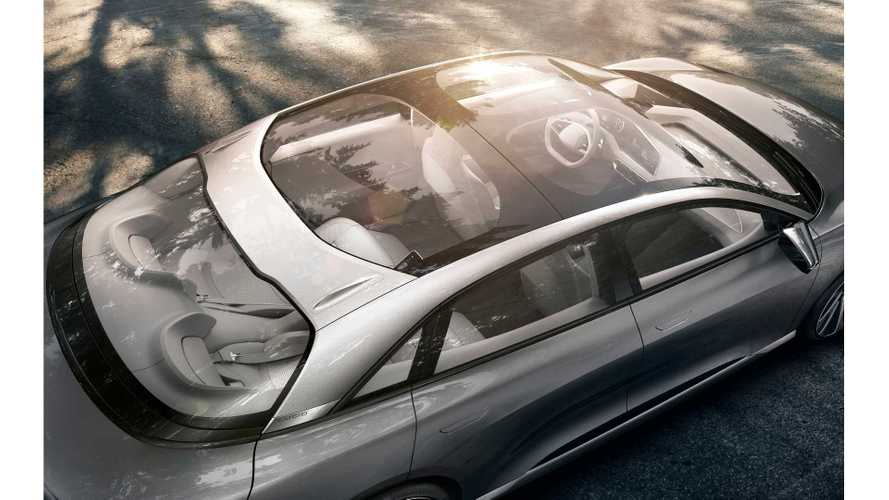 NextMobility gets exclusive one-on-one time to chat with Derek Jenkins, the mind behind the design of the stunning Lucid Air.

Lucid came to the scene way back in 2007, formerly known as Atieva, but Jenkins didn't join the team until 2015, and that's when the Lucid Air was born.

Jenkins brought with him about 25 years of design expertise from the likes of Mazda, Volkswagen, and Audi. He left his position of Director of Design at Mazda to move to Lucid. He was head of the design teams associated with the 2016 Mazda Miata, and the Mazda6, among others. He admitted:

Another bridge crossed by the Lucid Air

“I had been in the industry designing cars for over 20 years… I was sensing a lot of change in the horizon towards electrification; I witnessed the success at Tesla… It was just too attractive to pass up."

There has yet to come a U.S.-based electric vehicle startup (Tesla competitor/Tesla killer ... whatever people want to call it) as promising or convincing as Tesla. Others have quickly proven what a daunting task it can be, but Lucid seems to be taking its time, doing it the "right way," and appears to have what it takes to come out on the other side ... successful.

Thus far, Lucid has raised about $130 million, and the automaker is in the midst of a Series D round of funding to begin work on a portion of its $700 million Casa Grande, Arizona automotive assembly plant. Jenkins begins:

“From the beginning, we were very much focused on a luxury product; we felt like there is still a big opportunity at that end of the market. There was a lot of open opportunity to do something that is more forward-facing and less based on tradition, that is kind of the foundation."

Riding in the back of a Lucid Air in San Francisco

Lucid's "claim to fame" - aside from extraordinary opulence - is said to be its effective methods of making the motors, transmission, differential, and battery ultra-compact, and/or situated in such a way that it allows for class-leading space.

Jenkins explained that unlike Tesla's configuration, the battery pack in not place in a skateboard-like setup, but instead it uses two separate modules and is double-stacked in some areas. The name 'Air' sheds light on the fact that the vehicle is made to be spacious, open, and airy.

Let's take a look at what else Jenkins had to share:

“We’re designing the interior for a dual purpose. I look at that center screen to be used way more in autonomous mode so I can dive into my email or watch TV. You need to create something that someone can be more relaxed in autonomous mode."

Lucid isn't focusing its energies on autonomy at this point, but is assuring that the car is equipped and designed appropriately. However, Jenkins said that Lucid decided against options like a fold-away steering wheel.

“It’s hard to say whether we will reach full level 5 autonomy in the life cycle of this vehicle.”

“We still want the Air to be an amazing driving vehicle, something thoroughly enjoyable to drive and feel physically connected to the car."

Jenkins pointed out that having a small team, and not aiming to be a "Tesla killer" has been advantageous for Lucid. The automaker wants to build something better, and in small batches.

“It’s a huge advantage, it’s really much more of a form and function exercise, for me as a designer. At the big companies, you are really styling over a given architecture. Here we are actually working together to create a great piece of design and engineering. That’s a big difference.”

"This is the redefinition of luxury in a real modern sense.”

The Air's anticipated launch date is set for 2019.