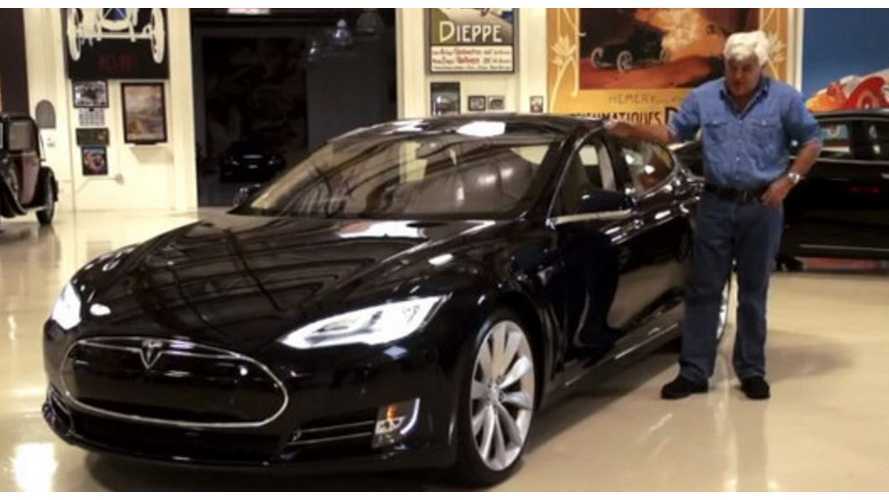 Due to a welcome investment from movie star, Morgan Freeman, a luxury car service in Los Angeles will supply Tesla Model S and Model X vehicles to transport some of Hollywood's finest to the upcoming Oscars.

"Most people want a Tesla ... They love the idea—it’s all electric, zero emissions, and it’s terrific for the environment."

"It makes a statement. It makes sure you will be noticed."

Oprah Winfrey wanted the world to know she was buying a Tesla.

Many celebrities own and publicly endorse the all-electric automaker. Among those on the list are Oprah, Cameron Diaz, Will Smith, Leonardo DiCaprio, Steven Spielberg, and Ben Affleck.

Gaskill is close personal friends with Morgan Freeman (another celebrity Tesla owner), and he recently pitched the idea of using Teslas for the Oscars. This all happened after Freeman invested in MOTEV, to help the company make the Tesla fleet a reality. Gaskill shared:

"We're here today because of him. certainly loves the idea of Tesla and its technology and where it’s going, even outside of vehicles."

Freeman is a self-proclaimed Tesla Fanboy. He told CNBC:

"I’m a huge fan of Elon Musk. I think he's got the most incredibly forward thinking ideas about where we can go technologically."

Gaskill went on to discuss how MOTEV is not to be confused with companies like Uber or Lyft. MOTEV is all about service and details. Cars have chilled towels, bottled water, and aromatherapy oils. Due to regularly transporting celebs, the vehicle even have "red carpet emergency kits." The kits includes boob tape, safety pins, and breath mints, among other essentials. Gaskill explained:

"Those drivers are not vetted in the same way as limo companies and not insured in the same way. If you're hiring transportation to go from point A to point B, then that’s exactly what you'll get with Uber and Lyft. But if you want service with transportation, then you don’t hire Uber: you hire a limousine service."

MOTEV will be transporting several celebrities to the Academy Awards. Gaskill wouldn't provide a list of names, but he said that the fleet is fully booked for the event. He concluded:

"It’s a head-turner when they arrive. Everyone knows that it’s a Tesla when it shows up."

Gaskill plans to expand his company and is eyeing possibilities for a fleet in New York City, followed by Atlanta. If you want to partake in a MOTEV experience, it will cost you $80/hour plus tax and tip.