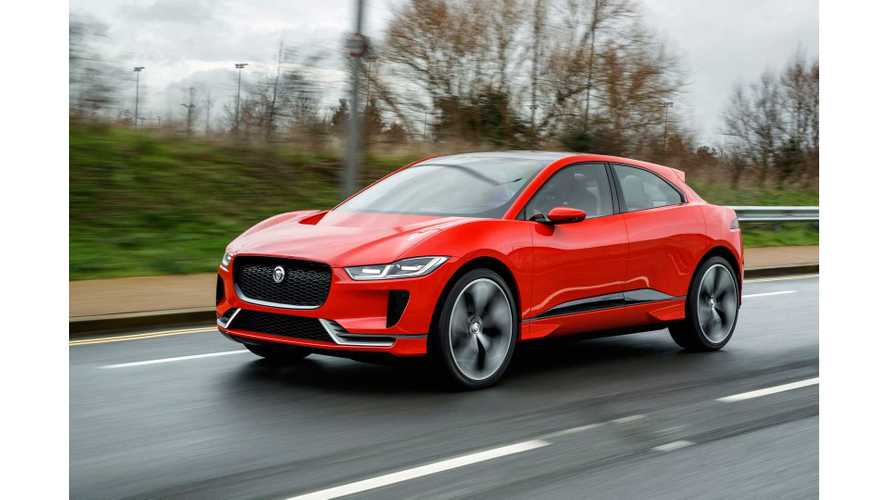 Unlike the Tesla Model X, which can tow up to 5,000 pounds if properly equipped, the upcoming Jaguar I-Pace won't be tow rated at all.

Sadly, The Jaguar I-Pace Won't Be Tow Rated, According To Jaguar's CEO

The Model X is officially an SUV, whereas the I-Pace is referred to as a CUV. We can't say we really expected the I-Pace to be able to tow a big load, but even a rating of 1,500 pounds or so would add to its versatility.

Sadly, it seems the range hit from towing is "too much," according to Callum.

Let's look at the Model X and various consumption tests while towing to see the impact on range. Here's an excellent graphic assembled by long-time Tesla owner and YouTuber Bjorn Nyland:

To over generalize the results, range can easily be cut in half when towing, so perhaps Callum has a point.

Jaguar has been stated that it will beat future competitors to market with its ~220 mile (90 kWh), all-electric I-Pace, but could this towing omission hinder its success?

The I-Pace debuted just at the Los Angeles Auto Show (our full gallery live from LA here), and more recently in “Photon Red” from Geneva (gallery).

Production of the new SUV will take place at Magna Steyr’s Austrian facility beginning in 2018. Sales are expected to follow later in the same year. Jaguars hasn’t confirmed price, but estimates suggest it should start at around $70,000 (£55,000).

Also of note: Just this week, the production intent car was caught out driving around, so everything appears to be well on track to be released in the public in about 12 months time.