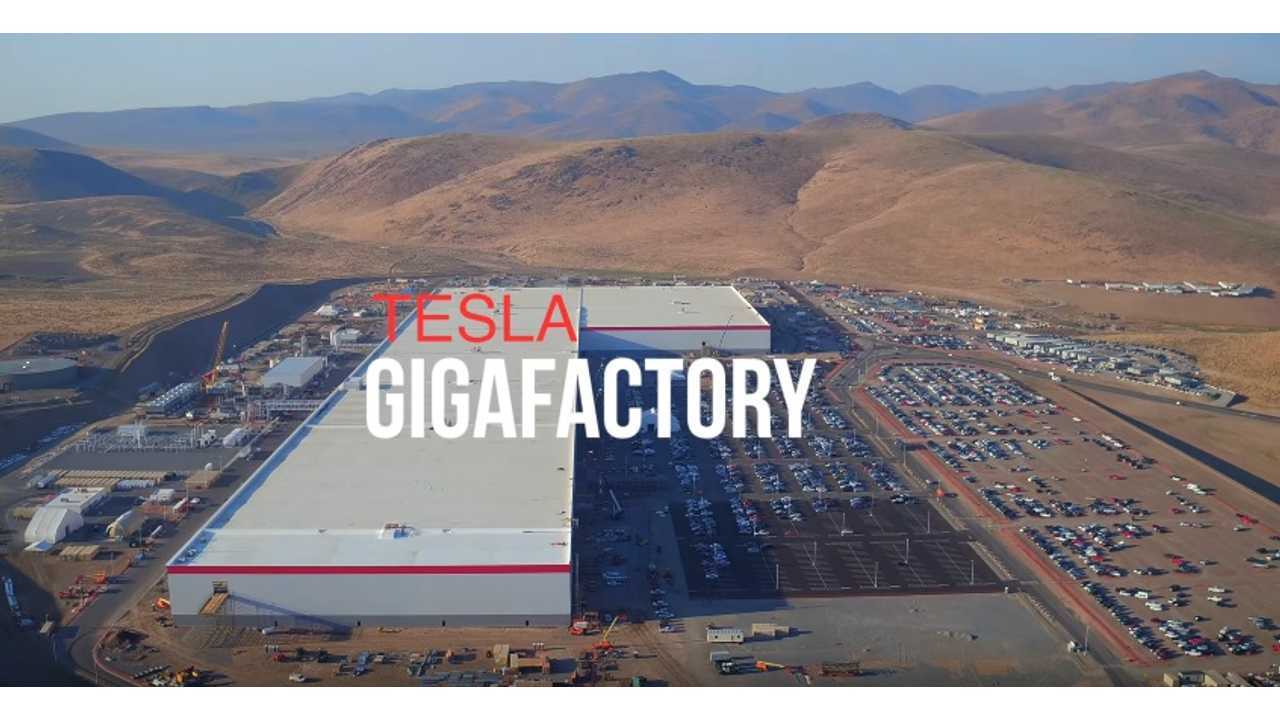 Though Tesla is obviously leading the electric vehicle lithium-ion battery race, it may be only a matter of time.

Tesla has been continuously building its monumental 35 GWh Gigafactory for nearly three years, and the end is not anywhere in sight - ultimately crossing 100 GWh in the next decade (~105 kWh in 2020). The factory continues to grow at an alarming rate, is the largest facility of its kind on the planet, and will eventually be one of the biggest buildings in the world.

According to Tesla CEO Elon Musk, the exit rate of cells at the Tesla Gigafactory is faster than rounds from a machine gun.

Tesla has faced many skeptics along the way, but few have doubted that Tesla (with partner Panasonic) is the leader when it comes to EV batteries, and the Tesla Gigafactory is tangible proof of this. When discussions arise surrounding the prospects of other automakers catching up with Tesla, one of the automaker's first advantages cited is the Tesla Gigafactory.

As we move closer to 2020 (the year that seems to be every other automaker's target for EV momentum), Tesla may finally begin to face some worthy rivalry, not only in long range, affordable EVs, but also in batteries. Chairman at investment consultancy Werthstein Institute and former Credit Suisse analyst, Giles Keating, explained to CNBC:

"There's a kind of arms race on batteries around the world. We know that Elon Musk with Tesla has got this Gigafactory. The Chinese are racing to overtake him...And then in Germany, we've just heard announcement of a new plan for a $1 billion factory on batteries."

Bloomberg recently exposed a report that said by 2021 Chinese battery companies may have the potential to produce almost three times that of the Tesla Gigafactory (albeit the originally planned and currently being built ~35 GWh version, not the expanded plans to up that number to ~105 GWh). CNBC shared that it would be enough to power 1.5 million Tesla Model S sedans. However, as usual, we are talking about another four years or so away. This seems to be the typical inclusion whenever there's talk of companies competing with Tesla. In four years time, Tesla has the plans and the potential to begin work on several additional Gigafactories around the world.

Daimler has already broken ground on a Gigafactory in Germany. However, the facility will only assemble battery packs. LG Chem will still produce and supply the lithium-ion battery cells. A German consortium of companies is planning for multiple 34 GWh lithium-ion battery cell production facilities. The effort is led by Frankfurt-based start-up TerraE Holding GmbH. Another company coined "North Volt" and led by ex-Tesla executives, is working on plans for a European Gigafactory as well. Keating believes that legacy automakers have been in denial about EVs for some time, but that's changing now. He continued:

"I think Tesla was always all about electric cars, whereas I think the conventional auto manufacturers, they were in denial. They just kind of almost wanted batteries to be weak so that they wouldn't have to go that route so that their existing route of business can continue, if I'm brutal about it."

"For most conventional manufacturers it was about beating the emissions rules rather than about trying to revolutionize stuff."

Now that Tesla has become a force in the automotive market, as well as that of residential and commercial solar and energy storage, it's high time for competitors to change their game plan. The question just comes down to how long will it take to catch up. As these companies are working (albeit very slowly) to catch up, Tesla continues to drive forward.