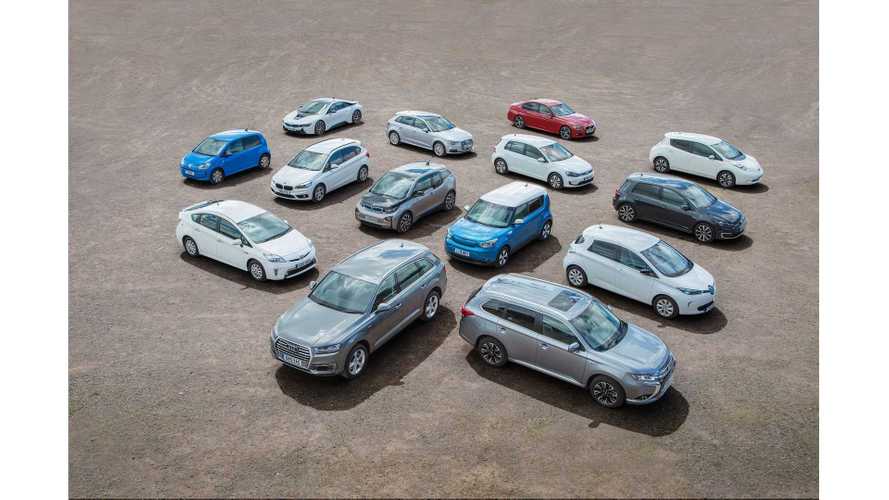 According to Autoexpress, new car tax brackets that will be introduced in April will limit exemptions:

“The government’s new car tax brackets will move 66% of the available alternatively fuelled vehicles from road tax exemption to being subject to a £130 flat rate annual fee.”

The good news is that zero-emission models (all-electric or hydrogen fuel cells) will still be exempted, as long as the price is below £40,000.

"Unlike the current system, where low-emission petrol and diesel cars are tax exempt, the new VED system will only be free for vehicles with no tailpipe emissions - that means electric and hydrogen cars only. That's not all though, as there's a new five-year supplement to pay for cars costing more than £40,000, which will be priced at £310."

"Cars registered after April 1st 2017 will pay a one-off tax charge for the first year, with rates decided by a heavily revised version of the current CO2-based tax band system.

The adjustments mean most buyers will see their first year tax charge virtually doubled, while only zero-emissions vehicles will get away with paying nothing at all.

From the second year onwards, the CO2 scale becomes irrelevant, as two flat rates will then be applied – a £0 (zero) VED rate for zero-emissions vehicles only, and a flat annual rate of £140 for all other cars.

While cars costing over £40,000 will also be liable for the £140 VED rate from year two, they will also be forced to pay an additional annual ‘supplement’ of £310 for the first five years.