Smart Is The Only Automaker To Offer ICE, Electric Drive On All Models 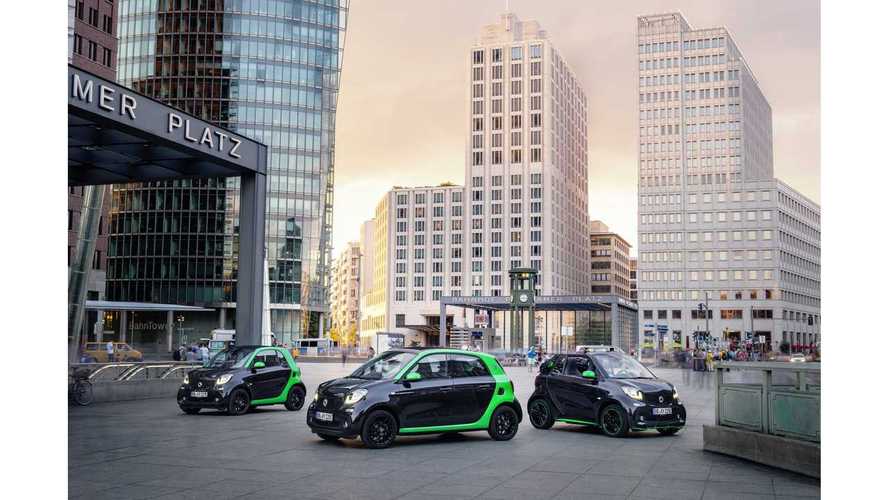 Smart recently introduced the new generation of its electric cars.

As part of the process, the Daimler brand became the first and only carmaker who electrified whole lineup (of two) making cars available in both gasoline and all-electric versions.

In some markets - specifically North America (this Fall) and EV-hungry Norway - Smart goes even further by not selling the gasoline versions at all.

Globally, the Smart lineup consist of the Fortwo (in two versions) and the Forfour:

Despite the fact that Smart only has two models on the market, it took 10 years for the company to go from its initial tests of 100 1st generation Fortwo EDs in London in 2007 to where we are today. In 2009, Smart introduced the Fortwo ED 2nd generation (powered by Tesla packs using Panasonic batteries). It produced 2,000 units, 100 percent more than initially planned. The third generation started in 2012 as an internal Daimler project (with motors and batteries produced by joint ventures with Bosch and Evonik respectively). The fourth-generation has brought in new partners - Renault for electric motors and LG Chem for battery cells.

"The smart is the perfect city car, and with electric drive it becomes a little bit more perfect. This is why we will soon be offering our entire range – smart fortwo, forfour and even our smart cabrio – as all-electric versions. Together with lots of smart fans and enthusiastic drivers of the three predecessor generations, we are looking forward to the unique driving fun offered by the new smart electric drive. And at very attractive prices, especially in countries where there is a buyer's premium".

The data for the new smart electric drive at a glance: