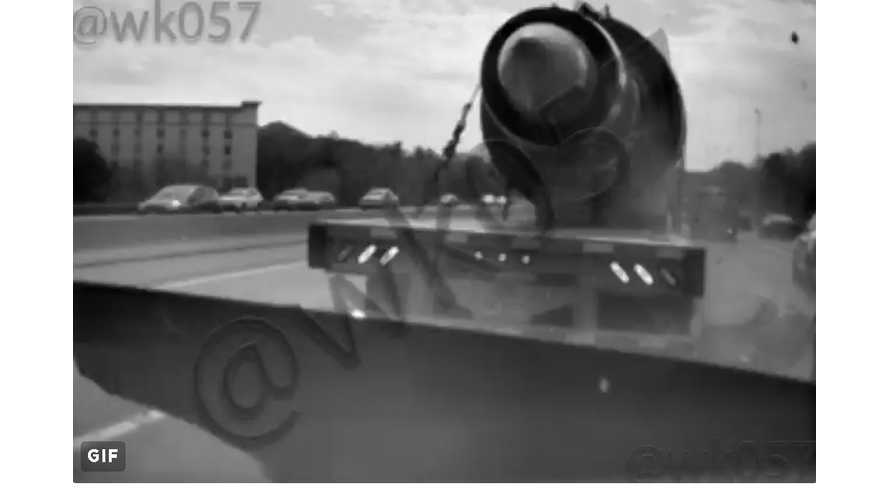 Back in April of 2016, Tesla featured an accident as one of its customer stories. The accident survivor and his wife credited Tesla for saving his life. Now, thanks to renowned "Tesla hacker," Jason Hughes (@wk057), the story has come back to life, complete with video footage of the incident.

Pulled some more #TeslaCrashFootage from a salvage P85D from Maryland. Car get runs down by a truck hauling a jet engine? Ouch. #Tesla #P85D pic.twitter.com/e817yU5AOm

Hughes was able to access the salvaged Tesla Model S and yank saved data from the Autopilot camera, to see exactly what occurred. This is not the first time that Hughes has been able to get footage from an Autopilot camera. The system saves the last few frames prior to an incident. Hughes regularly invests in salvaged Teslas for parts to assist in his special Tesla "projects."

In the video, you can tell that the Model S hits a truck and an SUV. What you don't see is that the vehicle was struck in the rear first, by a huge truck hauling a jet engine. Bill, the Model S driver, came out of the accident intact. Though the car looked obliterated, the cabin (as we have seen in many other incidents) stayed in pretty good shape. Bill's wife was sure after seeing the pictures of the car, that Bill was likely in critical condition ... or worse. She said:

“Then I get a text, with a picture of his car and the truck that hit him. My brain couldn’t quite process what his car looked like and the fact that he was texting me pictures. I was certain I would get to the hospital and get bad news, or that Bill would be headed in surgery. Instead, he was sitting in the hallway, in a wheel chair. Talking. Alive.”

Not only was the cabin spared, Jason Hughes also mentioned that the motors and battery pack were still functional. The Insurance Institute for Highway Safety (IIHS) recently denied the Model S its esteemed Top Safety Pick status. This was surprising, since the car has achieved five stars in the past from the National Highway Traffic Safety Administration. However, Tesla claims that the seatbelt issue related to the IIHS' findings, has been resolved.

Hat tip to Jason Hughes for pulling the footage!