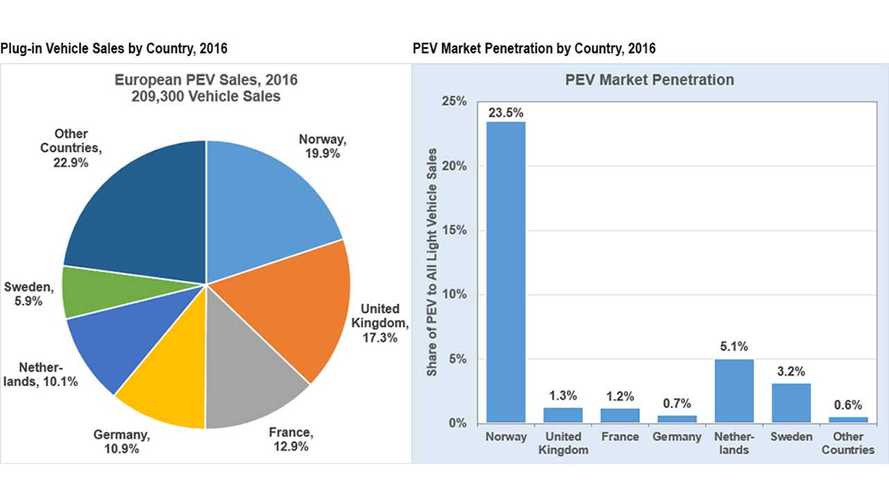 Norway has a long-standing record of having the highest plug-in electric car market share, which so far is still way (way, way) out of reach for any other country in the world to come close to assaulting.

According to the DOE’s Office of Energy Efficiency & Renewable Energy, nearly one out of every four vehicles(23.5%) sold in Norway for 2016 was a plug-in (all-electric or plug-in hybrid).

And if we exclude light commercial vehicles, the market share stands at nearly 29%!

"Norway had the highest plug-in electric vehicle (PEV) market penetration of European countries – nearly one of every four vehicles sold in Norway in 2016 was a PEV (23.5%).