The Intriguing Parallels Of Tesla And Apple 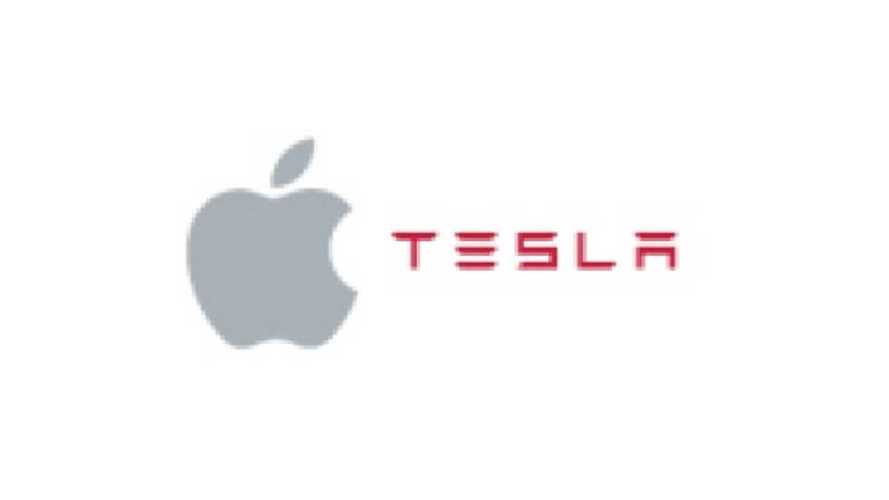 THE APPLE AND TESLA CONUNDRUM

Whenever Wall Street talks about Tesla invariably some comparison to Apple seems to arise.

Jonas argues, "The bull case on Tesla is that it can become the next Amazon or Apple. We see such firms as competitors ultimately." Jonas has run hot and cold on the electric automaker for years. But, is he onto something?

Auto Evolution provides context: "No matter how much Tesla has grown over the past four years (its value has increased tenfold, if you need to ask), it's still only a sardine compared to the shark that is Apple. The Cupertino company now has a cash reserve of over a quarter of a trillion dollars. That's $256.8 billion, to be exact, ready to be spent at any time."

That means Apple could buy the Silicon Valley electric automaker three times over in cash.

Musk was coy in his response: "Yeah, I don’t think they want to have that conversation. At least I’ve not heard any indication that they do. Obviously Apple continues to make some great products and, yeah, I mean, I use their phone and their laptop, it’s cool."

Regardless of whether an acquisition is in the works (we doubt it), the comparisons between the companies have been running rampant on Wall Street. Last week, billionaire venture capitalist Chamath Palihapitiya spoke at the Sohn Conference and made some waves when he noted that Tesla could be worth “hundreds of billions” of dollars in the next decade. Why? Palihapitiya explained:

Above: A discussion of Palihapitiya's views on how Tesla could be the next Apple (Source: Yahoo Finance)

Drawing some parallels, Palihapitiya said that Apple's "iPhone was an unbelievable feat of technology, of engineering. What this product did was capture consumer innovation and it created a tailwind of demand. Is Tesla running the same playbook? What we do know is that the company's early traction is tracking close to Apple. That third iteration is what broke down the walls for consumer demand. The S and the X have set the stage for Model 3."

And Palihapitiya has an impressive track record of picking breakout companies — last year he pitched Amazon stock at the Sohn Conference which is up about 40% during the last 12 months.

Many see parallels in the visionary leadership styles of Steve Jobs and Elon Musk (Image: flickr via Ritz Carltn)

In addition, the research team at Loup Ventures also discussed intriguing parallels between Tesla and Apple. But, the Loup Ventures team takes a more measured approach explaining that: “Tesla is not a car company,” but rather, “It’s an operating system for sustainable energy that combines a powerful brand, a visionary founder, integrated hardware and software, and a halo effect all with the purpose of transforming a combination of large markets.” That said, the analysts conclude that ultimately, “TSLA might be the next AAPL, but Tesla will forge its own path and the world will be better for it.”