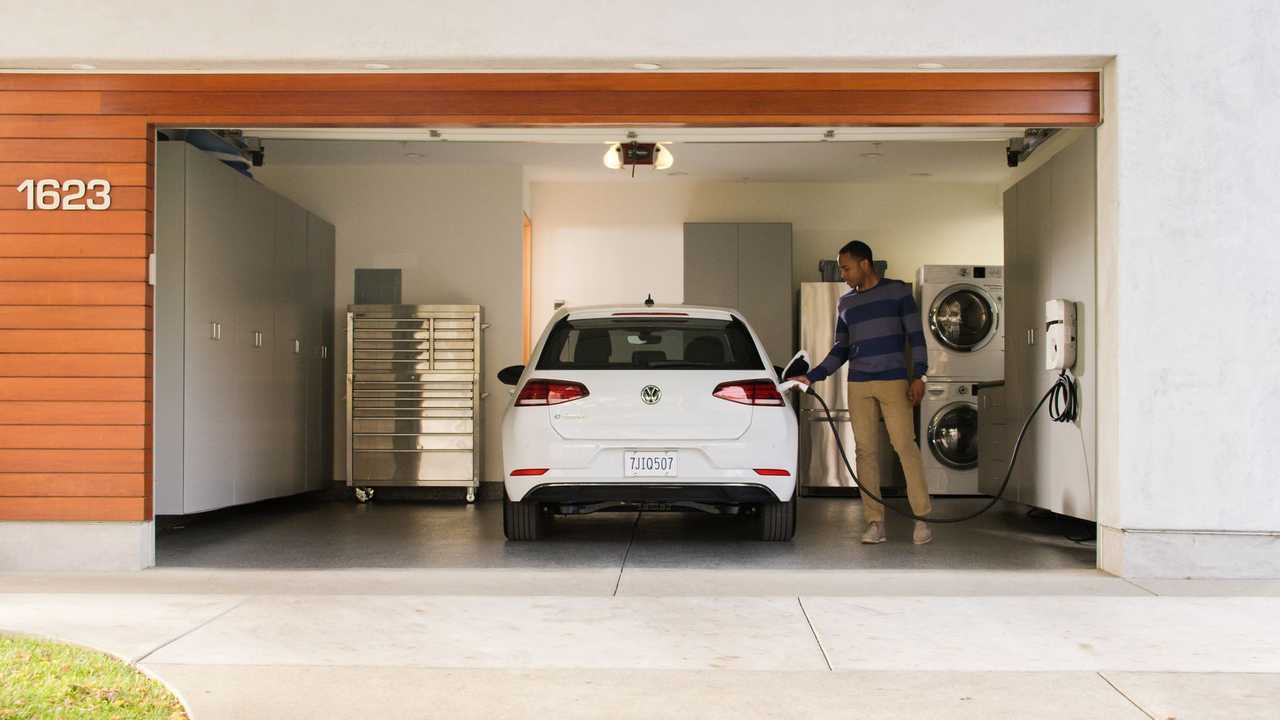 Compared to the previous 83-mile version, the new e-Golf has 50% more range.

Sales in U.S. are to begin this Spring. Pricing has yet to be announced.

"For 2017, Volkswagen is using a new lithium-ion battery with an increased energy capacity of 35.8 kWh from 24.2 kWh. The new battery helps increase the vehicle’s range from an EPA-estimated total range of 83 miles to 125 miles on a single charge. The 7.2 kW on-board charger is now standard on both SE and SEL Premium trims, which enables the battery to be charged in less than six hours at a 240V charging station. When equipped with DC Fast Charging (optional on SE, standard on SEL Premium), the battery can be charged to 80 percent within an hour at a DC fast charging station.

Improved battery chemistry also helps improve the overall fuel economy of the 2017 e-Golf. For city driving, the EPA estimated fuel economy is 126 MPGe; highway driving is rated at 111 MPGe, and combined city/ highway at 119 MPGe, improved over the 2016 EPA estimates of 126, 105 and 116, respectively. The 2017 e-Golf EPA estimates are the best in the Compact Class, as defined by the EPA.

In addition to these engineering improvements, the 2017 e-Golf is wallet friendly. Using 13 cents per kilowatt-hour, the EPA has estimated an annual fuel cost of just $550."