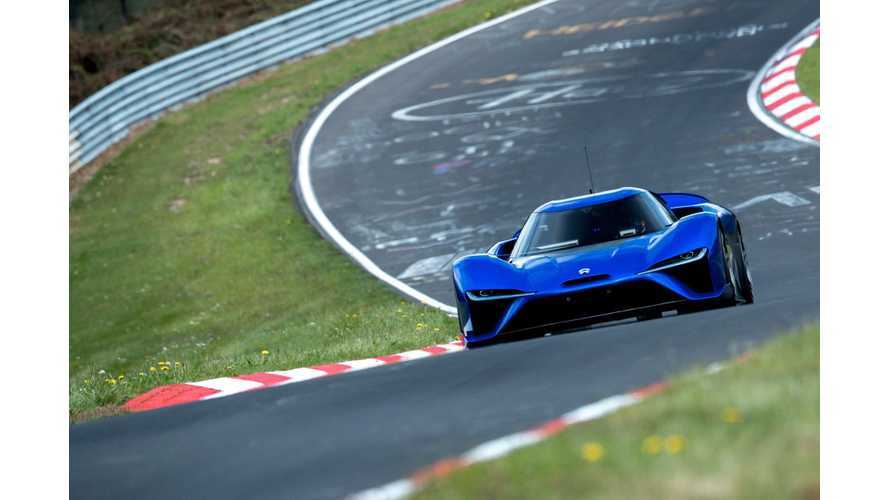 Listen to the electric motors whine as the Nio EP9 zips into the top spot for production vehicles at the Nurburgring.

Back on May 12, 2017, the pure electric Nio EP9 set a new Nurburgring Nordschleife lap record. Now there's video of the entire lap of the 'Ring.

Previously, the Nio EP9 had put down a Nurburgring lap time back in October 2016. That run was by no means indicative of what the EP9 was truly capable of though.

In fact, from the October 2016 run to the record-setting May 12 lap, Nio improved the EP9's time by a remarkable 19.22 seconds. The improvement was enough to push the EP9 into the #1 spot for production vehicles in terms of lap times at the 'Ring.

The time stands at an astonishing six minutes, 45.900 seconds, or quicker than the prior record-holding performance by more than 6.3 seconds.  That car, now is the #2 spot, is the Lamborghini Huracán Performante that turned in a time of 6:52.01.