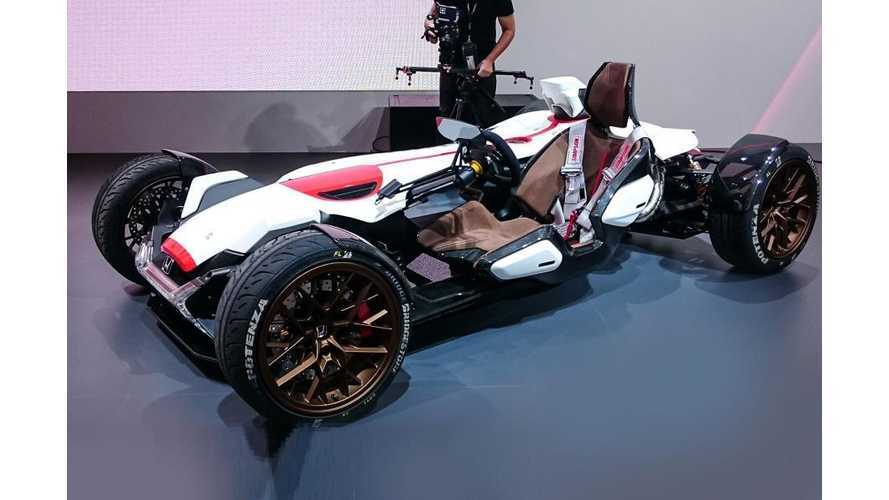 Honda recently filed a patent for an open-wheel vehicle that could someday compete with the likes of the Ariel Atom.

The patent filing reveals a vehicle that's very similar to the Honda 2&4 Concept (see image above) that was first shown in 2015. However, the filing shows propulsion likely being electric, rather than a gas as the concept featured.

"The model bears significant resemblance to the 2&4 concept of 2015 (pictured above) as it is based on a spine chassis that locates its powertrain behind the driver. However, the patent drawings suggest power comes from an electric motor, as opposed to the 2&4’s 999cc MotoGP racing motorbike engine."

Multiple patent drawings show two versions of this electric Honda concept. One version (seen above) has seating for two, while the other has just one seat.

What's perhaps most interesting is that the Ariel Atom features Honda engines and Ariel has in fact began testing electric prototypes. Perhaps Honda wants to do its own Atom or maybe Honda is helping Ariel with design work on an electric Atom?