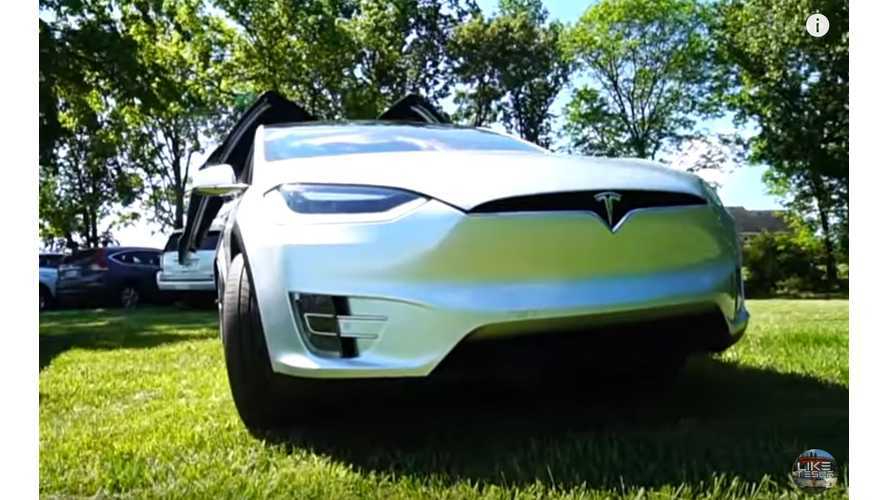 It's actually true that manufacturing an electric car (especially a Tesla, due to the large battery) produces more emissions than that of an ICE car, however ...

We have heard the arguments time and time again. There are so many variables that make the lifecycle emissions comparison between EVs and ICE cars not so cut and dry. Recent studies actually argue for ICE compact cars, and/or traditional hybrids having a better chance of the lowest lifetime emissions. This makes sense if you think about it. A small fuel-efficient vehicle uses less materials to build, and a hybrid or even a plug-in hybrid, use a small battery.

Kim from Like Tesla, in her Tesla Model X

When we are talking about electric car manufacturing, as well as battery manufacturing, and how much emissions are created, unfortunately Tesla is probably the leader. Fast cars, big batteries.

The Like Tesla channel on YouTube provides some valuable information. And, likely because most people would think that their opinion is bound to be biased (look at the name ... and they are Tesla owners c'mon), they do a fair amount of research, and divulge the truth, even if it's not what Tesla owners may want to hear.

While the source, and all of its evidence shows that the electric vehicle manufacturing process has the potential to produce a hefty amount of carbon, we have to look at how much less is emitted in the remainder of the vehicle's life cycle. The ICE car emits from the tailpipe for the rest of its life, whereas the EV does not. The EV may produce more emissions up front, but it saves later. This is even more true depending on details related to where the energy is coming from, for not only the manufacturing process, but also when charging the car.

The video spells it all out very well and in-depth. It's chock full of data, charts, graphs, and figures. There's even some information concerning rare earth metals, and battery material recycling. Be sure to check out the "Sources and References" listing for the video. There's a wealth of information available.

We should note that many studies, also do not account for the common after-market use of EV batteries in the secondary storage market, which again offsets more emission waste down the road.