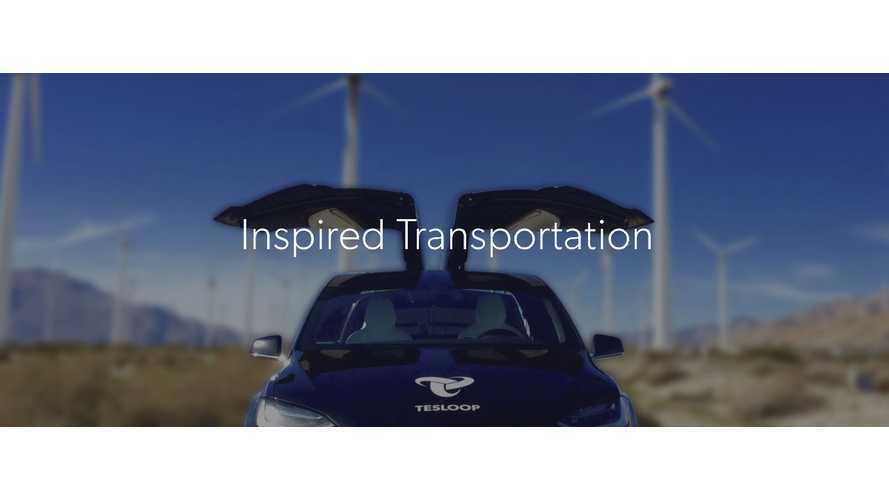 Though Tesloop's main model is transporting multiple passengers in style, a little side work as a freight vehicle can't hurt.

We've reported about Tesloop before, when we shared the story of its first Model S fleet vehicle crossing the 200,000-mile mark with only six percent battery degradation. The California-based transportation company, which began with a single route from Los Angeles to Las Vegas, uses Tesla Model S and X vehicles chauffeur people. The company continues to add routes, and now also services the Greater Palm Springs and San Diego areas.

Tesloop's primary mission is providing longer distance travel -- much like that offered by trains and buses -- but in state-of-the-art, well-appointed, comfortable, emissions-free Tesla vehicles. However, TechCrunch recently reported that the transportation provider will be towing 3,500 pounds of water from Modesto, California to Culver City with a Model X. The water is coming from a 7-UP bottling facility and heading to Tesloop's headquarters.

This new mission is a way for Tesloop to begin a process of employing and promoting an emissions-free supply chain. The company, as well as others, can use this as a stepping stone for similar shipments and functions in the future. It will be awhile before the Tesla Semi comes to fruition, so why not use Tesla Model X fleet vehicles for such purposes in the meantime? The Model X can surely tow the load, and it boasts impressive cargo capacity, with easy access due to its falcon wing doors.

Tesloop isn't planning to make freight part of its primary functions, but its a welcome addition to its business model. The company is busy working on adding new routes to Santa Barbara as well as the San Francisco Bay Area soon. But, as fleet vehicles are sometimes available, getting goods to and from its locations can be done via a Tesla as well.

The water coming from the 7-UP bottling plant is Noah's Spring Water. Tesloop is working out the shipment in partnership with the water bottler, and will also be offering Noah's water in-car during its routes. It will come free to travelers along with other free snacks that are a part of the luxury experience. Customers of the Tesla transportation provider also enjoy amenities like onboard Wi-Fi, noise-cancelling headphones, and pillows.

This is a unique and advantageous marketing scheme for both companies, which can be expanded to other fleets and other beverage and snack suppliers. Tesloop's vehicles will be seen on the road towing the Noah's Spring Water, and the companies can share the information via their individual marketing campaigns.