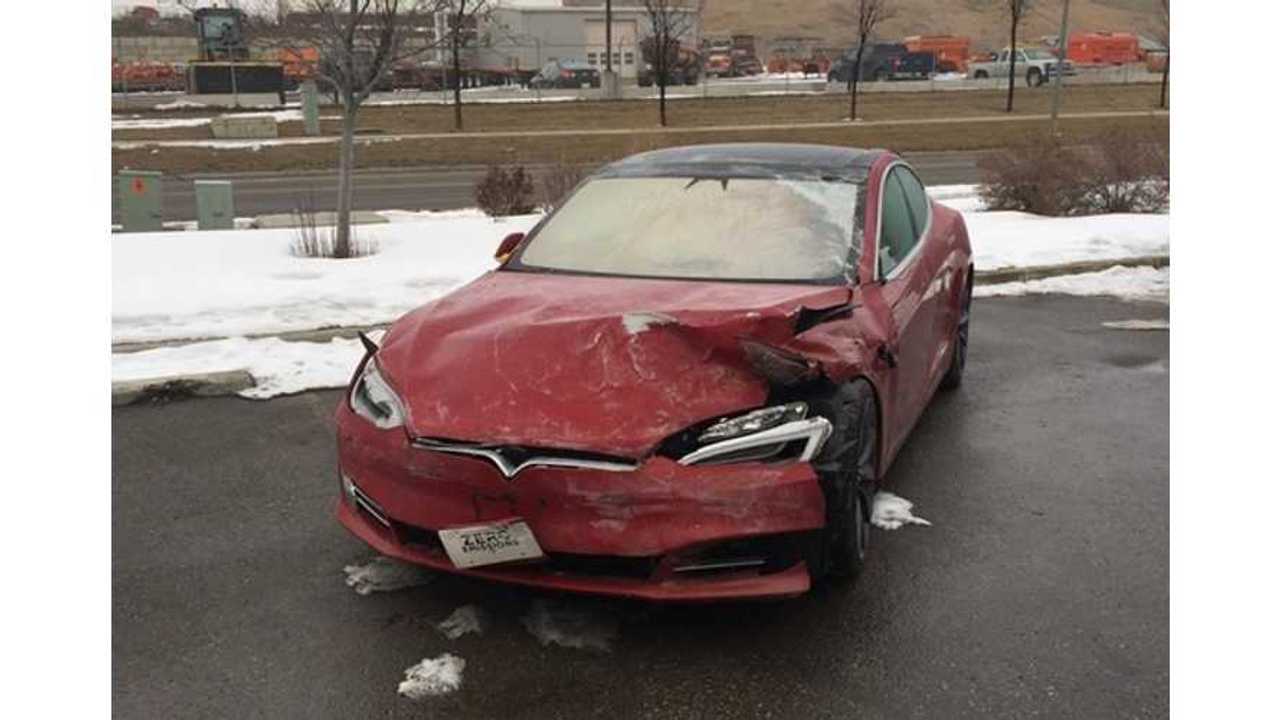 In Calgary, Canada, an overnight test drive of a Tesla Model S P100D ended with a bang...literally.

Contemporary Coachworks, the body shop responsible for repairing this banged-up Model S, says that the driver of the car lost control and struck a guard rail. Speed at the time of the incident is unknown. There were no reported injuries.

These overnight test drives aren't all that common for high-end Teslas. In fact, it's up to each store manager to decide whether or not to offer up a Tesla for longer term drives such as the overnighter. An application must be filled out in advance too.

When Tesla first announced the 24-hour test drive program, the automaker sent this to out (mostly to Model 3 reservation holders):

“To experience these features yourself (Autopilot, Summon, etc.), we’d like to offer you an exclusive overnight test drive experience. And to make it easier, we’ll even drop off the car at your home or office.”

It's unfortunate that this test drive ended badly, but there's always a risk associated with lending out a car longer term and we're sure that risk increases when the vehicle lent is the quickest production car in the world.