Big Oil Already Planning Ahead For Its Demise 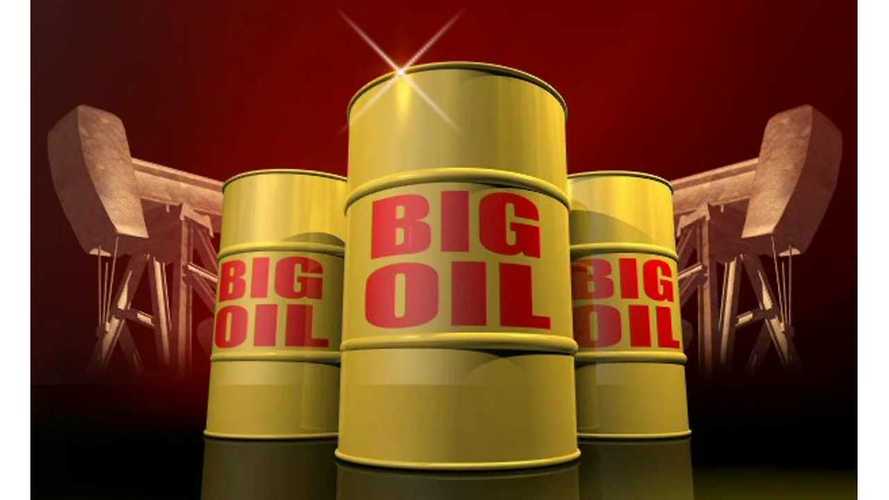 The Big Oil vs. Electric Vehicle battle has even spawned some welcome satire!

IS BIG OIL PLANNING ITS OWN FUNERAL?

The end of the Oil Age is within sight. Everyone who follows the news should be able to see this by now, although people have vastly different ideas about the timeline. People also disagree about whether it’s good or bad news - greenies see a brave new energy economy, while those whose livelihoods lie in the oil industry are more likely to characterize the coming shift as a historic tragedy that needs to be delayed as long as possible.

Consultancies, investment analysts and think tanks around the world produce a constant stream of predictions about the future impact of new technologies on the auto and oil industries. Despite the pundits’ painstaking perusal of primary sources, including economic data and interviews with industry insiders, their conclusions do not agree, to say the least.

The oil industry itself, along with mainstream investment banks, tends to foresee a gradual, decades-long transition. BP’s 2017 Energy Outlook predicts that electric vehicle (EV) sales will grow to a mere 6% of the global auto market by 2035 (from around 1% today). A recent report by Goldman Sachs is a bit more adventurous, predicting that pure EVs will capture 5% of the market by 2025. The US Department of Energy’s Energy Information Administration (EIA) has doubled its forecast from last year, but still predicts that EVs will account for only 8% of the US market in 2025.

Organizations of a more greenish hue are more sanguine: Greentech Media Research expects EVs to score 12% of the US market in 2025, and Bloomberg New Energy Finance predicts 35% globally by 2040. A study from the Carbon Tracker Initiative argues that EVs could capture 33% of the global market by 2035, and that reductions in battery costs “could halt growth in global demand for oil from 2020.”

To those who follow the EV industry, none of this is really news. Lately, however, there have been signs that at least some in the oil industry are reassessing the threat to their empire, and preparing for a “peak oil” scenario that may come much sooner than they have been predicting.

Speaking at the recent Bloomberg New Energy Finance conference, Joel Couse, Chief Energy Economist for European oil giant Total, predicted that EVs could make up between 15 and 30 percent of global new vehicle sales by 2030. Demand for oil will “flatten out,” and “maybe even decline,” he said. According to Colin McKerracher, an analyst with Bloomberg New Energy Finance, Couse’s forecast is the most EV-optimistic yet heard from an oil exec. “That’s by far the most aggressive we’ve seen by any of the majors.”

However, when it comes to peak oil, other industry leaders also see it looming in the not-too-distant future. Writing in OilPrice.com, Jon LeSage notes that Royal Dutch Shell CEO Ben van Beurden recently said that oil demand may peak in the late 2020s, and Shell CFO Simon Henry said that it is expected to peak in about five years.

Yet another sign of the times: Shell Oil will begin adding electric vehicle charging stations in the UK and Netherlands later this year (Source: flickr via Circled Thrice)

Both Shell and Total are looking to hedge their bets with hydrogen - in January, both companies joined automakers and hydrogen suppliers in a new Hydrogen Council. The two oil companies plan to invest some $10.7 billion in hydrogen products over the next five years.

Some really scary reading for anyone receiving a paycheck from the oil industry is to be found in a new report called “Rethinking Transportation 2020-2030,” from Stanford economist Tony Seba. The paper presents a detailed blueprint for the end of an industry, predicting that growth in oil demand will end around 2021, and that the transition away from oil will be all over by 2030. Car dealerships will cease to exist, repair shops and insurance companies will be decimated, and automakers will either convert to new business models or perish. The paper extends and updates concepts introduced in Seba’s 2014 book Clean Disruption.

The most interesting thing (and the scariest for oil-patch denizens) about Seba’s argument is that, unlike most of the forecasts mentioned above, it does not see electrification or climate change as the main drivers of oil’s downfall. His new paper says little about EVs, and barely mentions climate change or environmental regulations. The big disruptor is vehicle autonomy, and a new business model that it enables: Transport as a Service (TaaS).

In Seba’s future world, more and more people will give up owning their own cars in favor of summoning self-driving EVs on demand from Uberesque TaaS providers. They will do so for one simple reason: it will be two to four times cheaper than driving an existing vehicle by 2021, and cheaper still as the market matures. Under the new business model, the most important metric is “cost per passenger-mile,” and vehicle autonomy will reduce that cost so much that owning a vehicle, especially an old-fashioned gas-burner, will come to seem ridiculously expensive.

“We are on the cusp of one of the fastest, deepest, most consequential disruptions of transportation in history,” says Seba. Indeed, if his predictions are even close to accurate, the economic and social implications will be revolutionary, much more than we can even mention here (the report is worth reading in its entirety). The salient point for the oil and auto industries is that, as fewer cars travel more miles, the number of passenger vehicles on US roads will drop from 247 million in 2020 to 44 million in 2030.

The new study has caught the attention of at least one oil-patch writer. Markham Hislop writes in North American Energy News, “If Tony Seba is correct, the Texas and Alberta economies just took a metaphorical bullet to the head.” Hislop interviewed Seba, as well as several economists and analysts, who generally agree with his conclusions.

If oil prices drop substantially, then hard-to-get-at, high-cost oil will no longer be profitable. As it happens, the highest-cost oil sources also tend to be the most environmentally damaging ones, such as offshore oil fields - or the Alberta oil sands, “If Seba is correct,” writes Hislop, “the Alberta economy just suffered a mortal blow. Northern Alberta facilities and infrastructure worth hundreds of billions could be stranded. Calgary and Edmonton will be ghost towns.” The controversial Dakota Access and Keystone XL pipelines will be unneeded.

Above: A look back at Tony Seba's prescient "Clean Disruption" predictions which showcase Tesla as a prime disruptor (Youtube: Tony Seba)

So, if anything like the world Seba envisions comes to be, the losers will include just about everyone in the oil and auto industries’ food chains, plus taxi and truck drivers, and probably others that no one has thought about yet. Job losses will be enormous, and governments would do well to think about how to try to help those who will be left behind (but the record so far on that score is not encouraging).

And who will be the winners? Why, Tesla for one. Seba believes that, as the business model of transportation shifts, manufacturing vehicles will become a low-margin commodity business, and the real value will be in “TaaS providers” - firms that run the networks that get people around, such as Uber, Lyft, etc. - and in companies that provide vehicle operating systems and software. Tesla, of course, has all the bases covered - it builds the cars, the solar panels to power them, and the software that makes them go. And, although it isn’t talking about it much yet, our favorite company also plans to be the Taas provider that operates a toll booth at the entrance to the whole ecosystem. That’s right, Tony Seba isn’t the only one who has been following the implications of self-driving technology to their logical ends. The TaaS economy that Seba envisions is pretty much the same one that Elon Musk described when he outlined plans for the Tesla Network.