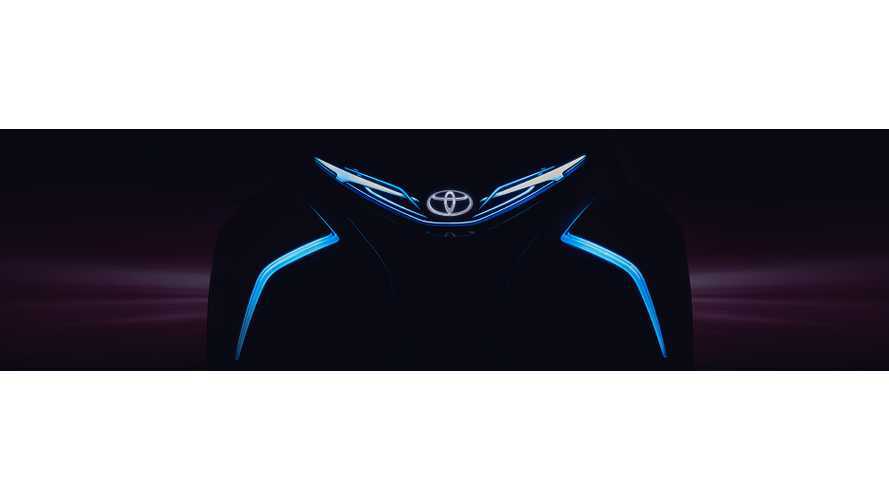 Toyota has announced a new zero-emission concept that will be unveiled at the Geneva Motor Show next month. The Toyota i-TRIL Concept was developed by the company's European division - Toyota Motor Europe (TME) - in collaboration with the company’s ED² design studio in Nice.

It features three seats (1+2) and is powered by electric motor (but there are no details whether power comes from battery or fuel cells, but we suspect it's the former). More on that below.

What's exciting is that autonomous driving is included in this new concept.

"Another Toyota highlight in Geneva will be the world premiere of the i-TRIL Concept. Developed by Toyota Motor Europe (TME) in collaboration with the company’s ED² design studio in Nice, this electric motor powered concept showcases numerous innovative aspects of Toyota's research into ever better and more engaging environmentally-friendly mobility solutions.

Featuring a one-plus-two seating layout, Active Lean technology and capable of operating autonomously the i-TRIL Concept represents a viable alternative to A and B segment cars, other EV products, and motorcycles for those who still wish to have fun whilst driving even at slow speeds in the urban environment."

We'll have to wait until Geneva to know for sure, but the i-TRIL teaser sure looks like this is an updated, larger version of the i-Road, Toyota's last quirky EV with Active Lean technology. That scooter-like EV could seat two (1+1, tadpole style). The battery power in the i-Road is what makes us think that the i-TRIL will also have batteries. Plus, even with the advances in shrinking the fuel cell stack and fuel tank, the i-TRIL concept looks a bit to small to encompass all of that plus three people. We will see soon enough, once the Geneva Show starts.