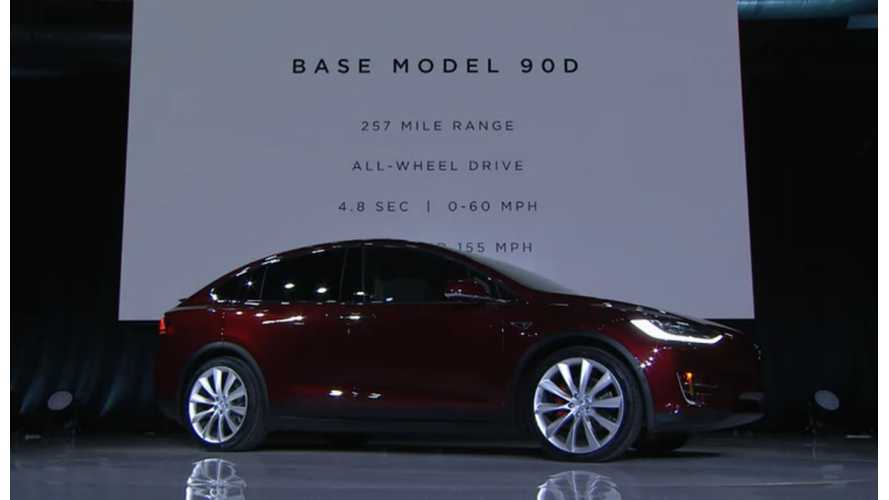 Was there ever any doubt the Tesla Model X was the world's most "fuel-efficient" SUV?

As the only pure electric SUV sold in the U.S., the Model X is sure to be tops in the fuel efficiency category, but now Consumer Reports lays it all out for us to see is a visual way.

We've highlighted the Top 10 (full list of more than 50 SUVs here) most fuel-efficient SUVs sold in the U.S. and it's clear as can be just how much more efficient the Model X 90D is, as compared to even its hybrid competition.

"Among Consumer Reports' more than 50 vehicle tests are fuel economy measurements. Our fuel economy numbers come from our measurements using a precision flow meter and are rounded to the nearest mile per gallon (mpg)."

"Our overall mileage is calculated from equal portions of city and expressway driving."

The Model X, at 92 MPGe overall, is nearly three times as fuel efficient as the next closest SUV, so really there's no comparison when it comes to electric SUV efficiency versus the next sort of green thing.