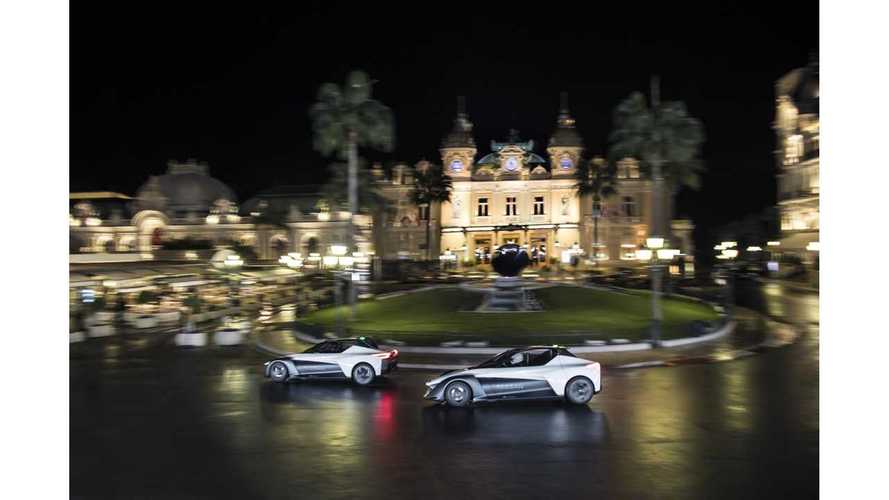 Since unveiling the Nissan BladeGlider concept in 2013, Nissan has come a long way, building a working prototype that is now being used in a new marketing campaign. Two BladeGliders were used in a mini-movie alongside Nissan's new electric vehicle ambassador Margot Robbie.

Clip includes "a midnight spin around Monaco as company moves to attract new audience to the electric revolution".

"Margot Robbie put the radical three-seater through its paces around the closed Monaco street circuit before racing another BladeGlider. The pair of 272PS performance cars raced through the iconic Tunnel and diced with each other along Massenet before finishing in the glamour of Casino Square.

In the film, the Suicide Squad and The Wolf of Wall Street star is also seen demonstrating the drifting prowess of Nissan BladeGlider around one of the most famous corners in the world of motorsport – the iconic Fairmont Hairpin."

Another chance to see BladeGlider will be at the upcoming Geneva Motor Show from March 7 to 19, 2017.

Margot Robbie said in a statement:

"It's a really exciting time for electric vehicles. More people are choosing to go electric, leading the way to a more sustainable future and the Nissan BladeGlider hints at the future of smarter performance cars."

"The electric revolution is happening. As the global leader in electric vehicles, and with mass adoption just around the corner, it is more important than ever that we showcase all of the benefits of driving an electric car – from energy efficiency, to sustainability, from handling to performance. Having Margot on board will support us in spreading news of the personal and societal benefits of electric vehicles to more people than ever before. Nissan's Electrify the World movement recognizes the importance of us all working together to achieve positive change in our communities. We want to inspire people to take meaningful steps towards cleaner, safer cities."