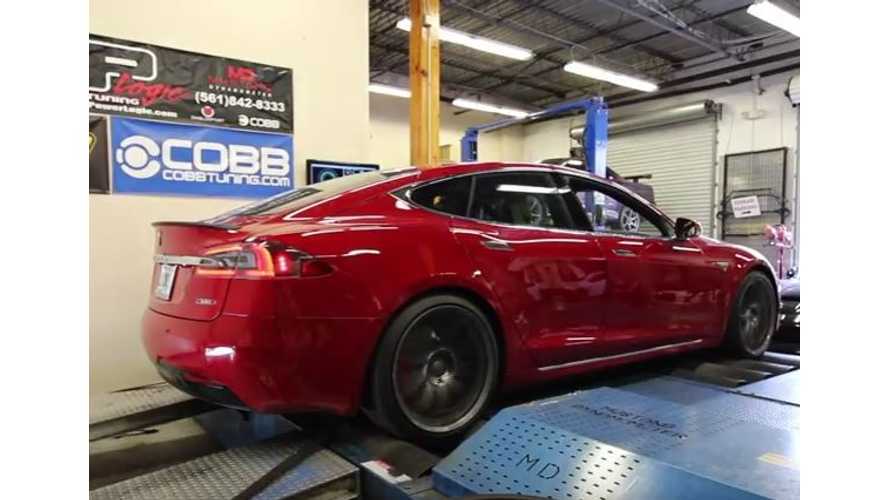 DragTimes just strapped a Tesla Model S P100D with Ludicrous + to the dyno. The results are shocking!

Once on the dyno and strapped down, the Model S P100D was spun up, but the car starting reducing power and throwing some error codes (most modern-day vehicles have various sensors that aren't happy when the wheels are spinnin', but no forward motion is occurring).

After sorting those issues out, an all-out run was put down and the results were nothing short of amazing.

DragTimes notes that state of charge for the Tesla was 88% during the recorded run, which could've resulted in slightly lower output figures than if the car was fully charged. Furthermore, no matter how hard they tried, wheel spin was inescapable when torque hit its peak. Therefore, DragTimes estimates that actual torque figures are likely to be a bit higher. Say 950 pound-feet or so!

"We dyno test the Tesla Model S P100D with Ludicrous Plus on an AWD Mustang Dyno and the torque numbers it put down are huge!"