Top 5 Selling All-Electric, And Plug-In Hybrid EVs For Europe In 2017 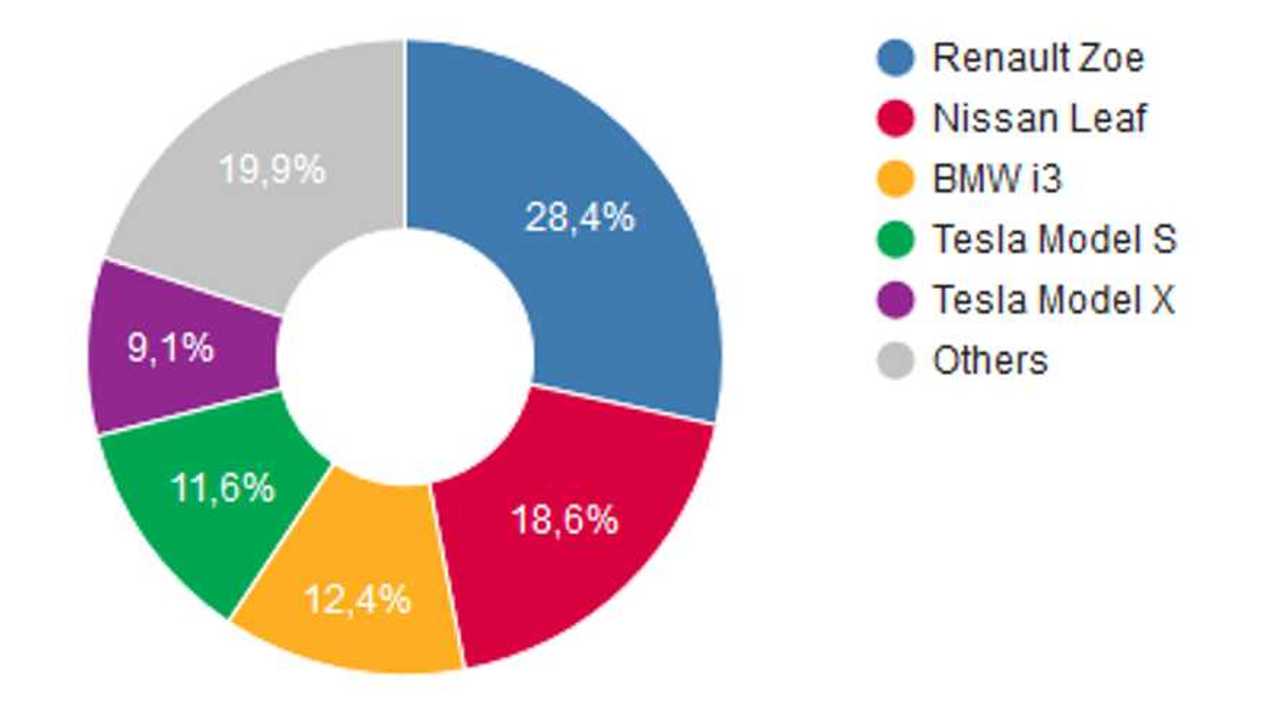 Like many places (not named China), the European plug-in market is not suffering from a lack of growth this year, up more than 30% in the first quarter.

And thanks to EAFO (European Alternative Fuels Observatory) we have some insights as to which models are the most popular through the first 3 months of the year.

Among all-electric cars, the top five models hold three quarters of the market:

As you can see, all of the best selling EVs are proprietary ones; put another way, plug-ins that don't co-exist with any other powertrain options.

It also seems that the new, longer range Renault ZOE is already well out of range of any other competitor looking to take the top spot away from it.

On the plug-in hybrid side of things,  all of the top models are also available with conventional powertrains, and was are still writing the 2017 leader's name in pencil.

The PHEVs are lead by Mitsubishi Outlander PHEV, which like Renault ZOE and Nissan LEAF, comes from the Renault-Nissan Alliance: