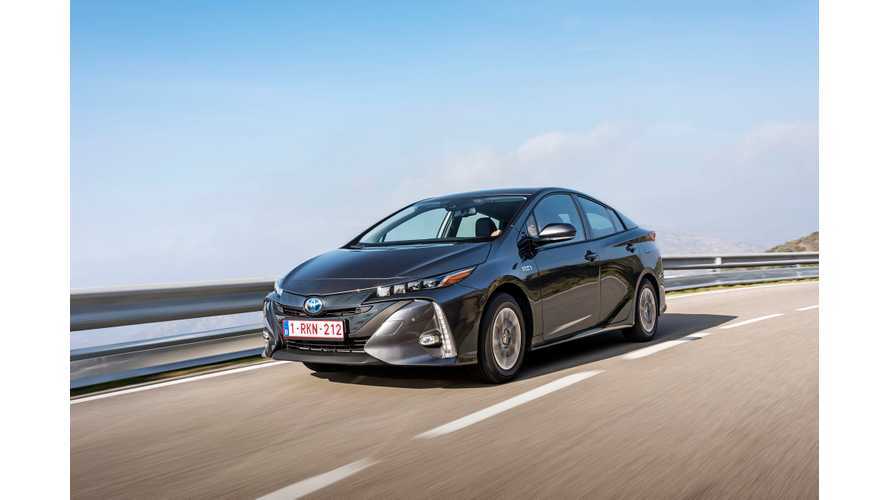 Primearth EV Energy, a subsidiary of Toyota, has made it known that the automaker may construct a lithium-ion battery factory in the U.S.

Nothing is confirmed at this point in time, but Ward's reports the following:

"...a company official tells WardsAuto Toyota wants to produce its own batteries for both hybrids and battery-electric vehicles, and the plant’s green light will be linked to future North American sales as the automaker begins shifting to Li-ion from nickel-metal-hydride.

There also is concern within the automaker that shipping lithium batteries from Japan to the U.S. could present quality risks."

The source suggests that a factory in the U.S. is at least a few years away as employee training would have to commence first, followed by construction and so on.

"Toyota is expected to source Li-ion batteries for the Prius Prime plug-in hybrid EV from Panasonic until the early part of the next decade. The automaker does not yet have a BEV on the market, but several models reportedly are in the pipeline."

Primearth’s Ohmori plant in Japan is operating at approximately 50% capacity in regards to lithium-ion battery output, so there's room for expansion there. However its NiMH lines are at full capacity.

Primeearth says that NiMH has hit the end of its road in terms of cost and performance, so a switch over to li-ion seems inevitable.

Of note from Ward's:

"Formed in 1996 as a joint venture between Toyota and Matsushita Electric Industrial (subsequently renamed Panasonic) Primearth is owned 80.5% by Toyota. Panasonic holds a 19.5% share."