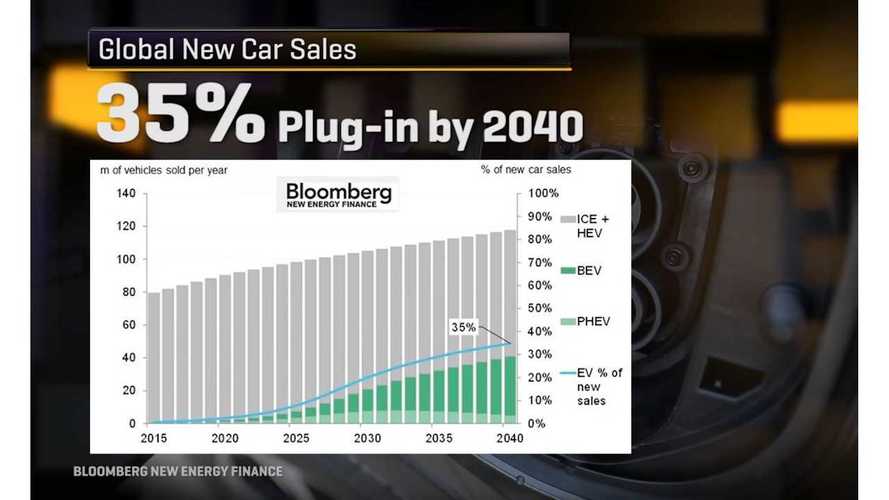 CNET looks at various studies related to electric cars and deduces that we are finally at a point that EVs can and will become mass market. The report says:

"The day may be coming when only the wealthy and the foolish avoid EVs."

Today, less than one percent of new car sales are EVs or plug-in hybrids, but these new offerings, education, exposure, and a myriad of other factors, are working to change that.

Range issues are disappearing quickly, as shown by an MIT study that researched several factors, to conclude that most of today's trips are EV-compatible. The study shows that those that aren't, could be handled through ride-sharing.

Bloomberg estimates that by 2040, 35 percent of new cars sold will have a plug, and that by 2025, EVs will have a lower cost of ownership than that of their ICE counterparts.