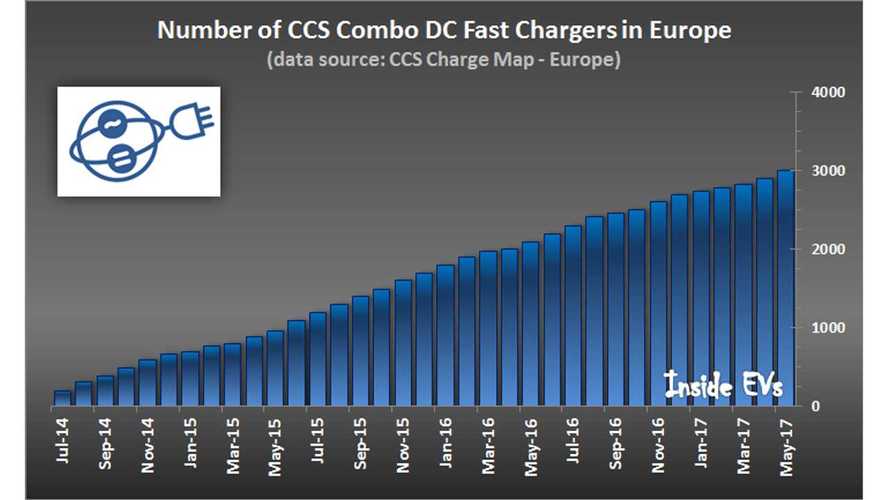 In just over three years, the number of CCS Combo DC fast chargers in Europe has increased from less than 150, to now more than 3,000 in service (as of mid-May 2017).

The growth and locations of the Combo chargers can be noted by the CCS Charge Map.

According to the archives, at a year ago at this time there were about 2,100 chargers installed, which translates to a growth rate of 43% over the past 12 months.

For comparison purposes, the number of chargers with CHAdeMO plugs now stands at around 4,052.

Since our last report nothing has changed when it comes to the top five adopting countries, which now make up 69% of all of Europe's installed capacity: