Musk Will Build His Own Hyperloop For New York To D.C. 29-Minute Transit 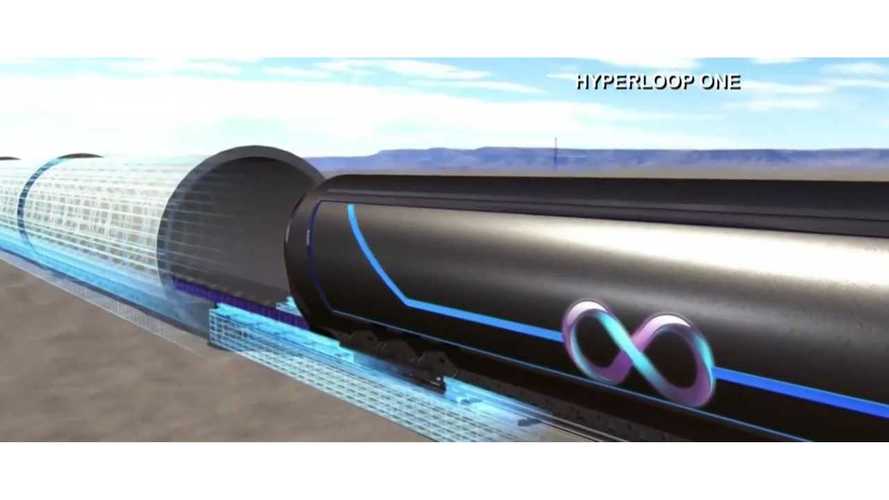 As many have already speculated, Tesla and SpaceX CEO Elon Musk's wild idea for boring underground tunnels for mass transportation on electric skates may actually pan out as a resurgence of his original hyperloop idea.

Although Tesla and SpaceX CEO Elon Musk has said on numerous occasions that he has no plans to build a hyperloop -- even though it was his idea initially -- now it seems he's changed his mind.

It's fantastic that Musk is ready to dive back into the hyperloop plan first hand, and push it forward at a faster rate. However, it stands to complicate the issue for the other three companies that have taken on the project and invested quite an amount of time and money thus far.

Musk shared a substantial white paper on the topic in 2013. He had drafted it with his team at Space Exploration Technologies Corp. At the time, Musk made it clear that the plans were to function as a free starting point for any company or individuals that had the wherewithal to attempt to move it forward. He shared on a conference call:

“I don’t have any plan to execute because I must remain focused on SpaceX and Tesla.”

In the simplest of terms, the hyperloop is a future form of transportation, which relies on a pressurized vacuum tube to move a suspended pod through at incredible speeds. Due to the lack of air resistance and friction, Musk's plan showed the potential for travel over 700 miles per hour.

Since the announcement, three companies have been working on similar projects. The first of these is called Hyperloop One. Another such company is known as Hyperloop Transportation Technologies Inc.. The third and final named researcher is Arrivo, which actually stemmed from one of Hyperloop One's main partners leaving the company to continue with his own.

Between the three companies, $200 million has been raised thus far. Hyperloop One has already tested a working prototype, but only been able to achieve top speeds of 192 miles per hour, and has only traveled shy of 1,500 feet.

Though Musk gave the white paper research out as a free gift, he holds a trademark for the name "Hyperloop" through SpaceX. SpaceX also owns the Twitter handle @Hyperloop, as well as Hyperloop.com. Nonetheless, Musk has held competitions at SpaceX to try to push the technology forward, and has plans to hold another such event in the near future. A notice at Hyperloop.com used to read:

“We are interested in helping to accelerate development of a functional Hyperloop prototype.”

Additionally, it went on to say:

“We are not developing a commercial Hyperloop ourselves.”

These messages have since disappeared and a person close to Musk told Bloomberg that the popular CEO now intends to build it all himself (with the help of his team of engineers, of course). However, Musk's Boring Company also released a statement that reads:

“While we’re encouraged that others are making some progress, we would like to accelerate the development of this technology as fast as possible. We encourage and support all companies that wish to build Hyperloops and we don’t intend to stop them from using the Hyperloop name as long as they are truthful.’’

Hyperloop One chairman, Shervin Pishevar, seemed excited that Musk is back in the game and willing to move the technology forward. At one point in the earlier development of Hyperloop One, Musk appeared to have plans to team up with Pishevar on the efforts, but it never came to be. Pishevar told Bloomberg TV:

“It’s going to take many, many brilliant minds and commitment from many people to push it forward. I’m a huge believer in him (Musk).”

Musk's recent Tweet that he has received verbal government approval to build an underground hyperloop connecting New York and Washington D.C. brought the topic back into the media. Some thought that Musk may use his Boring Company to take care of the tunneling aspect of the project, while seeking another company to work on the tube-travel portion. Now it seems that Musk has intentions to tackle the entire project.

Being that there is still no prototype that lives up to Musk's original white letter, and regulatory approval will be a long and tedious process, it will likely still be a long time before any of this ever comes to fruition.