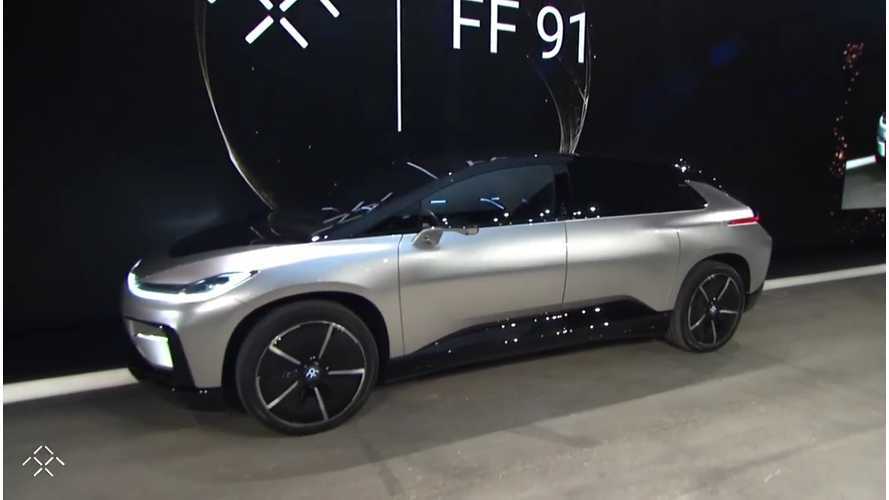 Faraday Future isn't down for the count, according to Nevada's office of economic development executive director, Steve Hill.

According to Hill, Faraday has invested some $160 million into purchasing property in Nevada and is in the process of engineering work for its factory, as well as in contact with local utilities to get the necessary infrastructure in place.

The next step is to “manufacture it, get it out the door and sell it," according to Hill.

"...instead of moving immediately to build a huge factory, Hill said they’re planning to “phase the construction of their facility” and will break ground this spring on a 650,000 square foot factory that will open in 2018 and be able to make up to 12,000 cars a year."

Hill approves of this less is more strategy, saying "Frankly I think it’s a smart strategy."

Recently, Faraday stated they were entering "Phase Two" of its plant plans, reaffirming 2018 deliveries. Press release on that is below:

FARADAY FUTURE COMMITTED TO DELIVER OUR VEHICLES IN 2018

Faraday Future is providing an update announcing that the 2nd Phase of Stage 1 Manufacturing Project at APEX site has entered the competitive bidding process. Currently we’ve received five proposals from top US and international contractors. Faraday Future will move along with this competitive bidding process after vetted discussion, and we look forward to starting the construction of our Phase 2 plant as soon as possible.

Our Phase 2 construction includes an additional facility which will be built onsite to deliver our flagship vehicle, the FF 91, including the ultra-luxury limited Alliance Edition models, for our first group of users globally. This plant is an extra investment made to facilitate the orders Faraday Future received, which far exceeded expectations after the CES reveal of our first production car.

Faraday Future wants to reinforce that our commitment to the State of Nevada and our $1B investment in the region over the next few years has never changed. We’ve completed the initial preparations of the site, which included the removal of 2.5M cubic yards of dirt and grading of the entire site. Our initial investment of $120 million in Nevada has also created hundreds of jobs locally. Faraday Future and its employees in Nevada and California are working diligently to continue the company’s progress and are moving forward on our multi-staged manufacturing strategy