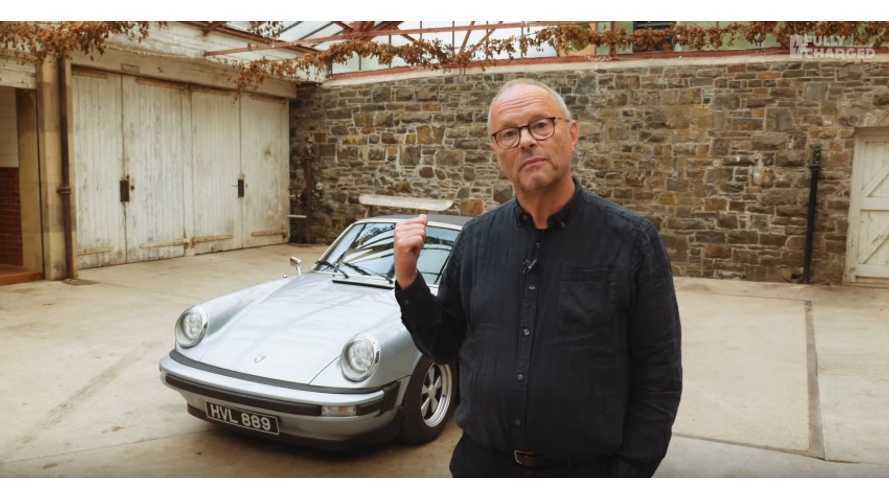 The latest episode of Fully Charged was all about an electric Porsche 911 - but as Porsche themselves don't offer any, the only way to have one ... is to build one.

This particular Porsche 911 from 1979 is a complete restoration and conversion project made by Electric Classic Cars, using a Tesla Roadster battery pack and two electric motors.

The range is said to be up to 200 miles (322 km), and acceleration is even better than the original Porsche 911 SC Targa.

Richard Morgan of Electric Classic Cars, last seen on Fully Charged when we test drove the lovely red VW Beetle, has surpassed himself.

This is an amazing machine, slightly faster than the original 1979 Porsche 911 SC Targa and beautifully converted. With a 54kWh battery from a Tesla Roadster and two motors end-on-end, it's 0-60mph (0-97km/h) time has been improved by close to 1 second so "it's certainly got a little bit of spirit!".