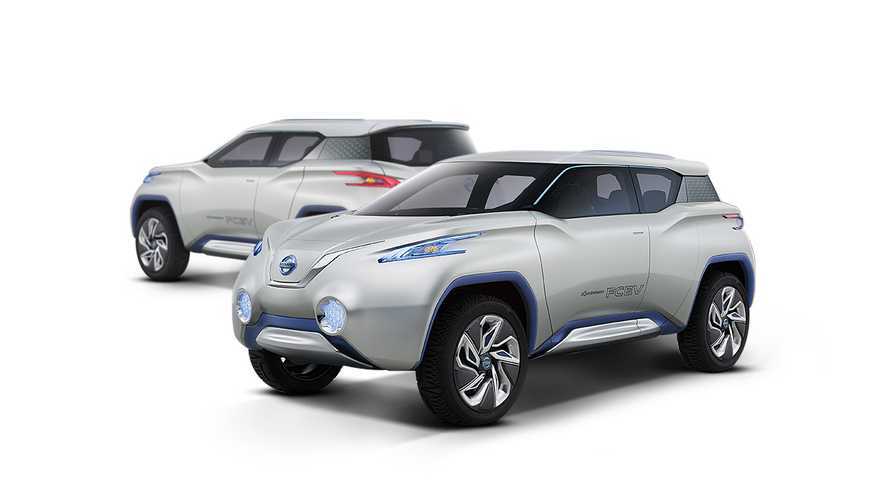 A recent registration of the "Terra" name by Nissan's Malaysian patents office in August suggests that the Japanese company is considering an electric SUV/CUV.

The Nissan TeRRA concept was first unveiled in Paris in 2012. Five years ago, it was a hydrogen fuel cell concept, equipped with a Nissan LEAF powertrain.

Now it's expected that the Nissan Terra will be spawn in production as an all-electric offering, based on the second generation LEAF.

For Nissan it would be smart to share development costs between many EVs - the new LEAF, an upgraded e-NV200 and some new offerings - perhaps the Terra EV.

As for the why behind a Malaysian filing (over a more known location) by Nissan - major automakers tend to like to try and obscure what they are doing by using smaller patent offices.  Perhaps somewhat unfortunately for Nissan, Autocar caught the registry almost immediately.

Further adding to the possibility of a Terra plug-in, is Nissan's former Chief Designer, who said that a new all-electric SUV and sedan was indeed coming to the lineup; while at the same time, new CEO Hiroto Saikawa has said that two new EV offerings would be in the company's lineup before 2020.