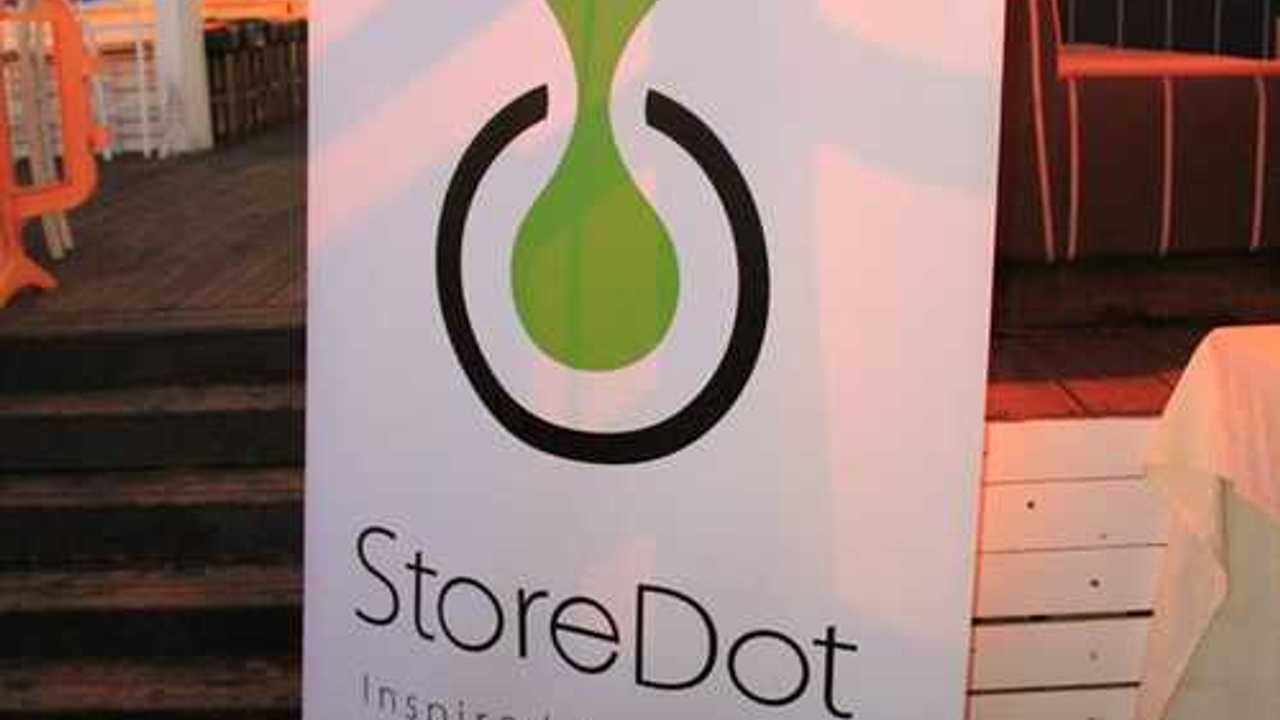 Israeli startup StoreDot, have been promising a revolutionary battery that is both energy dense and quick rechargeable over the past few years.

But now, the company has shown off a prototope that apparently can be recharged in 5 minutes (see video from CUBE Tech Fair in Berlin).

At the same time, the energy density is said to provide enough power up to 300 miles of range from the quick re-fill.

The technology was hinted all over in 2015, and in 2016 for smartphones (see videos below); but as we know, it's hard to find any battery offerings promising a 5 minute charge on the market today.

The first EVs with StoreDot batteries could be delivered within three years according to press release.

First Time Ever: StoreDot Demos The Battery That Can Charge an Electric Vehicle In Just 5 Minutes

The First Ever Demo of StoreDot’s FlashBattery Technology for EVs Will Be Shown on stage at CUBE’s TechFair in Berlin. By The Time You Finish Reading This Release, Your Car Could Have Been Fully Charged

Tel Aviv, May 11th, 2017- StoreDot, the nanotechnology materials pioneer known for its super-fast battery charging technology, will showcase its ultra-fast-charge five minute car battery today on stage at CUBE Tech Fair in Berlin. StoreDot’s FlashBattery technology will make charging any electric car as quick and efficient as filling gas tank, as it only takes five minutes to reach a full charge that can keep the car going for 300 miles. While competitors seek to solve the problem of increasing the mileage per charge, StoreDot is focusing on fast-charging electric vehicles in just minutes, a solution all drivers can relate to.

After announcing the plan to bring StoreDot’s unique ultra-fast-charging solutions to the auto industry during Microsoft’s Think Next event, the company is excited to present live on stage in Berlin the first proof of concept of how its new organic compounds combined with the nano-materials will be implemented in cars. StoreDot’s new batteries are currently in advanced stages of development, and can be expected to be integrated into electric vehicles that will hit markets in the next three years.

StoreDot’s FlashBattery technology is a combination of gradient layers of nano materials and proprietary organic compounds. The FlashBattery avoids the common use of graphite in Li-ion battery’s cells. While Graphite is a material that is unable to sustain fast charging power, StoreDot’s proprietary chemical compound is not flammable and has a higher temperature of combustion, which dramatically reduces the resistance of the battery cell and thus increases its safety.

“Fast Charging is the critical missing link needed to make electric vehicles ubiquitous,” Says Dr. Doron Myersdorf, Co-Founder and CEO of StoreDot. “The currently available battery technology dictates long charging times which makes the EV form of transportation inadequate for the public at large. We’re exploring options with a few strategic partners in the auto space to help us boost the production process in Asia and reach mass production as soon as possible.”

Earlier videos about phone battery charging from 2015 and 2016: