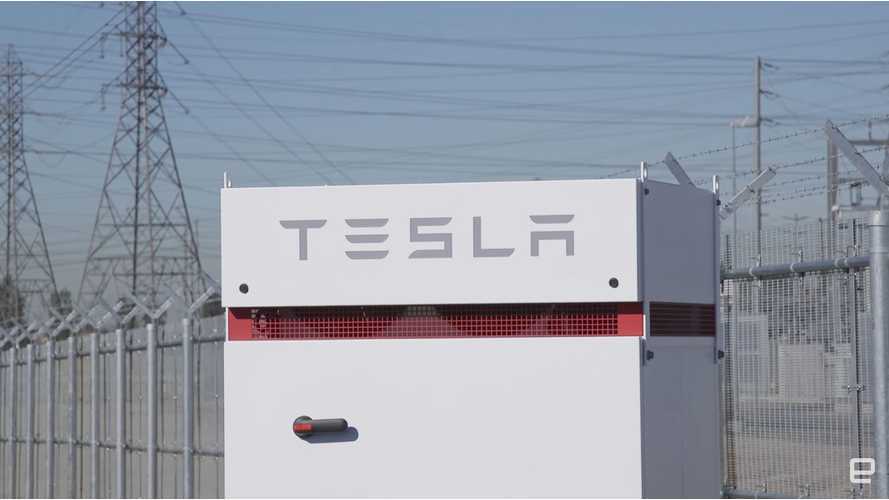 According to &Beyond, this is "the first system of its kind in Botswana and only the second on the African continent... it incorporates a solar photovoltaic (PV) power plant and a Tesla Powerpack battery energy storage system." To check out the Xaranna Okavango Delta Camp and the solar array that powers it, check out the gallery below.

Above: The &Beyond Xaranna Okavango Delta Camp powered by solar and stationary battery storage via Tesla Powerpack (Source: &Beyond*)

The Tesla Powerpack System was chosen because of the high operating temperature range and cycling capacity when compared to traditional lead-acid batteries. A lead-acid battery can typically only be discharged to 50% of its capacity with only 1500 cycles available; whereas the Tesla system is warranted for 10 years to cycle daily at 100% of its capacity. This reduces the cost of providing energy to the site.

Xaranna’s PV plant produces an average of 450 kWh of energy per day, thereby reducing the camp’s carbon footprint by 4,500 000 kg a year. The system has been sized to supply more than 80% of &Beyond Xaranna’s energy requirements from renewable energy... The option to expand the solar PV plant and Tesla Powerpack System capacity in future will deliver even further reductions in diesel consumption.

The MGC intelligently coordinates the various generation and storage components’ input and output to meet the site load. The solar panels generate DC power, which is converted by the solar inverters into AC power. The AC supply is managed by the MGC controller, which feeds the lodge as required. Energy is either supplied directly to the lodge through the main distribution board or, if the lodge’s demand is low, excess energy is redirected to the batteries for storage.

Above: &Beyond's new PV power plant and Tesla Powerpack is the first system of its kind in Botswana and only the second in Africa (Source: &Beyond)

The company, &Beyond, notes that they "remain committed to employing the latest technology to ensure our business is as sustainable as possible...  the integration of &Beyond Xaranna’s PV plant and Tesla Powerpack was designed to be as visually appealing as possible." The company says that the new system has "proven itself to be a reliable, economic and effective way of reducing one’s carbon footprint and dependence on fossil fuels."