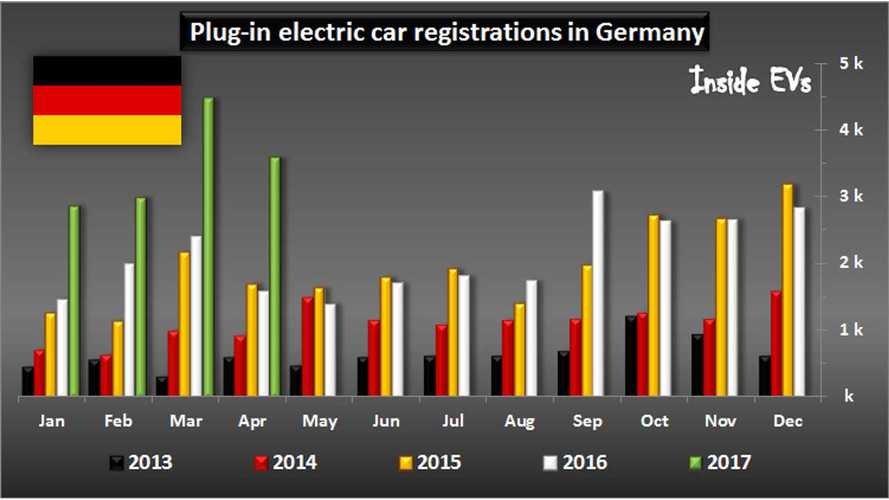 After a couple hiccups in France and Norway for electric vehicle sales in April, we got some news from Germany, where 3,587 new plug-in cars were registered - up more than 120% from a year ago.  Now that's a big gain!

Growth is noted with a strong showing from both all-electrics (BEVs) and plug-in hybrids (PHEVs):

One of the best selling models last month was the BMW i3, which garnered 357 new registrations (222 BEVs and 135 REx).

As we can see from the i3 sales history in Germany, introduction of the longer-range (33 kWh battery) version has resulted in significant advantage for non-REx (petrol range extender equipped) sales.

BMW i3 registrations in Germany – April 2017