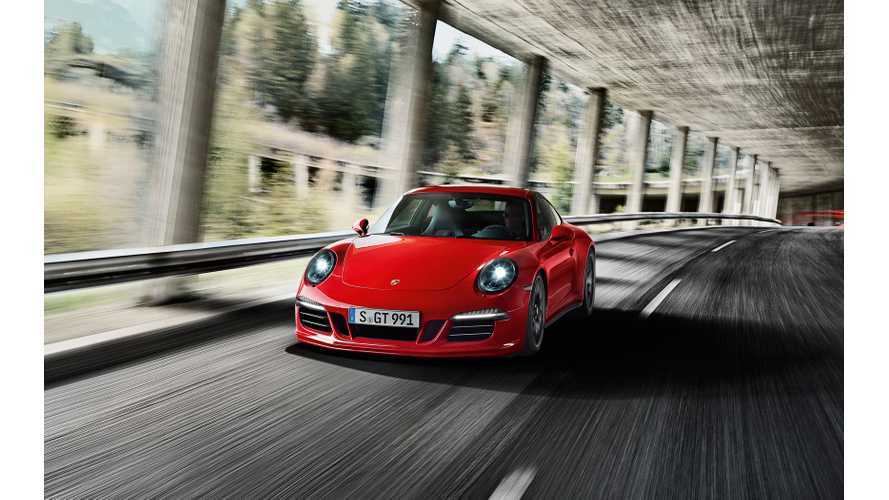 There will be no pure electric Porsche 911 in the near future and no plug-in hybrid version either.

That's the news from Porsche brass who told Car And Driver that the automaker ditched plans for a pure electric Porsche some time back and revealed that development of a plug-in hybrid 911 was fully halted last year.

"Porsche was set to put a plug-in-hybrid version of the next-gen 911 sports car into series production, but we’ve learned the project was killed a while ago—last year, in fact, according to August Achleitner, head of 718 and 911 development."

The reason for abandoning a PHEV 911 is said to be that it would've resulted in too many compromises to carry the 911 badge.

"...the plug-in hybrid would have been several hundred pounds heavier than a regular 911, which likely would have severe consequences for its dynamic capabilities, and it also would have been so expensive to make that Porsche would not be able to match the profit margin of other versions of the 911."

Normally, we'd argue against this line of thinking, but the 911 is a rare machine. It's very light for a modern day car and that's really what makes it so unique. Adding even a couple hundred pounds of weight wouldn't work for the 911; and 911 buyers have a fairly unique mindset to begin with.

Porsche has several PHEVs on the market  today (and will build ~20,000 all-electric Mission Es in 2019, before adding in an all-electric Macan Macan thereafter from its Zuffenhausen plant), and plans for about 50% of its sales to be all-electric by 2023.   So, clearly the automaker more than supports plug-in technology when it's appropriate. However, in the case of the 911, it's not.

“In the end, the disadvantages outweighed the advantages."