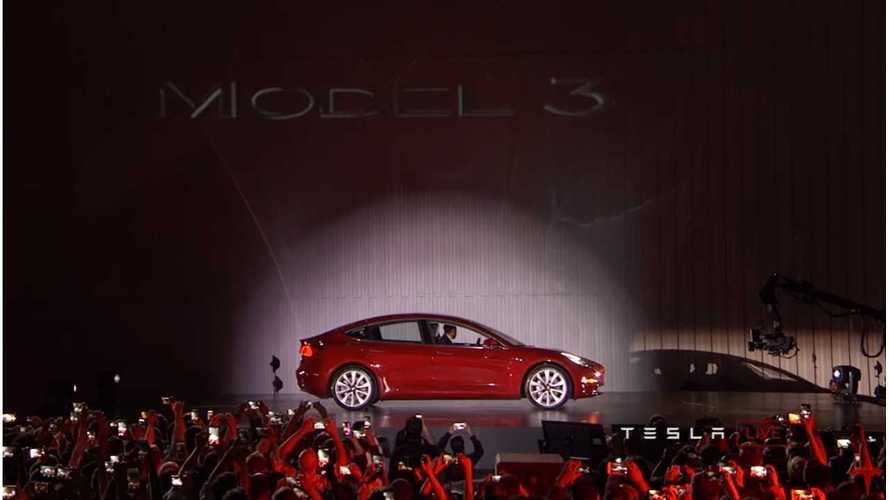 Tesla Model 3 at the handover event

The Tesla Model 3 may not live up to many other cars in its price range (or cheaper) in a number of superficial ways, but even trying to compare it to any other car is a travesty.

People have been forecasting the Tesla Model 3's details since before it was first revealed. Over time, more information presented itself via comments by CEO Elon Musk, spy shots, inside information leaked to online forums, etc. But there were still very few concrete details regarding features, and especially those related to the car's interior.

Fast forward to this past month, when the first 30 Model 3s were delivered to their rightful owners on July 28th, and the car was officially revealed (but still not completely). Some have been complaining all along about the Model 3's basic interior, while others have seemed satisfied. These two stances have escalated exponentially since the handover event.

To add insult to injury, Tesla made it official that the $35,000 base versions won't be manufactured right out of the gate (a move the company gave the heads-up on almost a year ago). This could mean that those hoping to buy a base Model 3 and enjoy the full federal rebate may have another thing coming.

A car that some thought could go out the door for some $27,500 plus incidentals (once the full rebate is factored in), may never come to fruition for everyone. This piece of information has incited some to cancel their orders, many publications continue to compare the Model 3 to other "similar" cars, and it starts to make communication pretty nasty.

People should really take a step back and reassess the situation. Should they be comparing the Tesla Model 3 to any other car? No! Okay, it's human nature to do so, car reviewers have no choice, and there has to be some rational basis on which to judge it. However, how many long range compact electric sports sedans with access to a proprietary fast charging network, over-the-air updates, the potential for Autopilot, automatic emergency braking, a 15-inch touchscreen with built-in navigation (among a multitude of other functions), an 8-year/100,00-mile battery warranty, Wi-Fi and LTE internet, remote climate control, Internet radio, etc. do we find on the road today? The answer is none.

Added to this, while the base Model 3's interior quality may not mirror some European compact luxury sedans, it's honestly pretty dang nice, comfortable, roomy, modern, and sexy. Plus you can opt for an all-glass roof. Eh, who needs power seats? It's a great option for sure, but it can be assumed that many people might just take that other long list of stuff even if they have to move a few extra muscles to adjust the seat. Some convenience features (mostly those which require a lack of laziness) may not be present, but what you're getting in return is a "future-proof" electric car with the latest and greatest tech.

Electric cars are just more expensive. It's a fact. Batteries aren't cheap. Remember, that battery means you're done paying for gas. Not to mention no oil changes, or really any other typical maintenance, for that matter. Let's also not forget about online ordering, no long trips to the dealership, no-haggle pricing, instant torque, no-profit service and repairs, Tesla mobile rangers, no up-sells for pricey protective coatings, and no engine (which makes for a much more worthy crumple zone).

Finally ... wait for it ... it's designed and manufactured in the U.S. and so are its batteries.