Tesla Model S P100D Is Phenomenal, But Not The Most Practical Family Sedan - Video 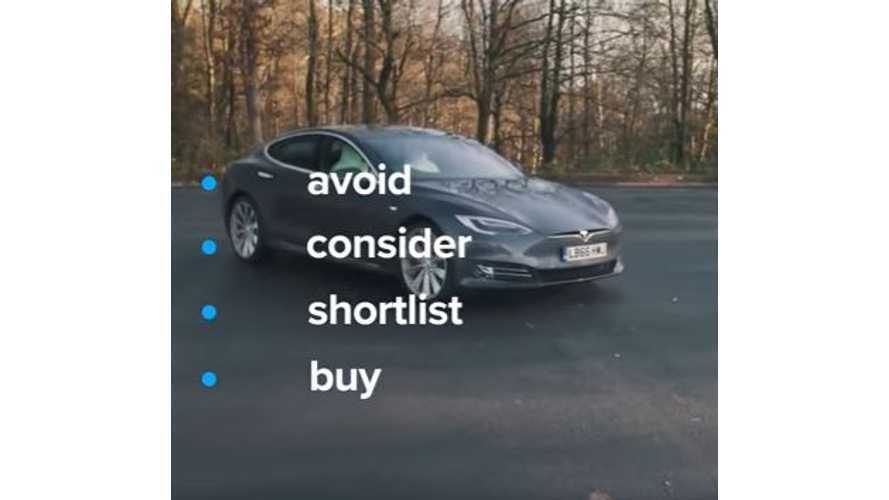 It still gets the "buy" nod though.

From the countless Tesla Model S reviews we've seen to date, especially those of the top-line P100D variants, we've come to assume the electric sedan is darn near perfect.

Even this CarWow review largely agrees with previous assessments of the vehicle, but only on the performance front.

According to CarWow, performance and tech-wise, the Model S P100D is leaps and bounds ahead of the competition, but where it falls a bit short is in practicality.

As the reviewer explains, the Model S has some drawbacks as a family sedan. For starters, rear seat headroom is very tight and the low lying seats make entry a bit difficult. Cabin quality is not nearly up to par with German rivals either.

A few other gripes includes an A-pillar that cut into outward vision too much and no storage whatsoever in the front doors.

Regardless of the negatives, the Model S still gets a "buy" verdict from CarWow because quite frankly there's no car out there like the S and the positives far outweigh the few drawbacks.

The Tesla Model S emphatically proves that electric cars can be exciting to drive. I try the top spec P100D model – complete with Ludicrous Mode – a car which in terms of both price and performance competes against the Porsche Panamera Turbo. So is it worth switching on to electric power, or is this Tesla a turn-off? Find out what I think in my detailed review.