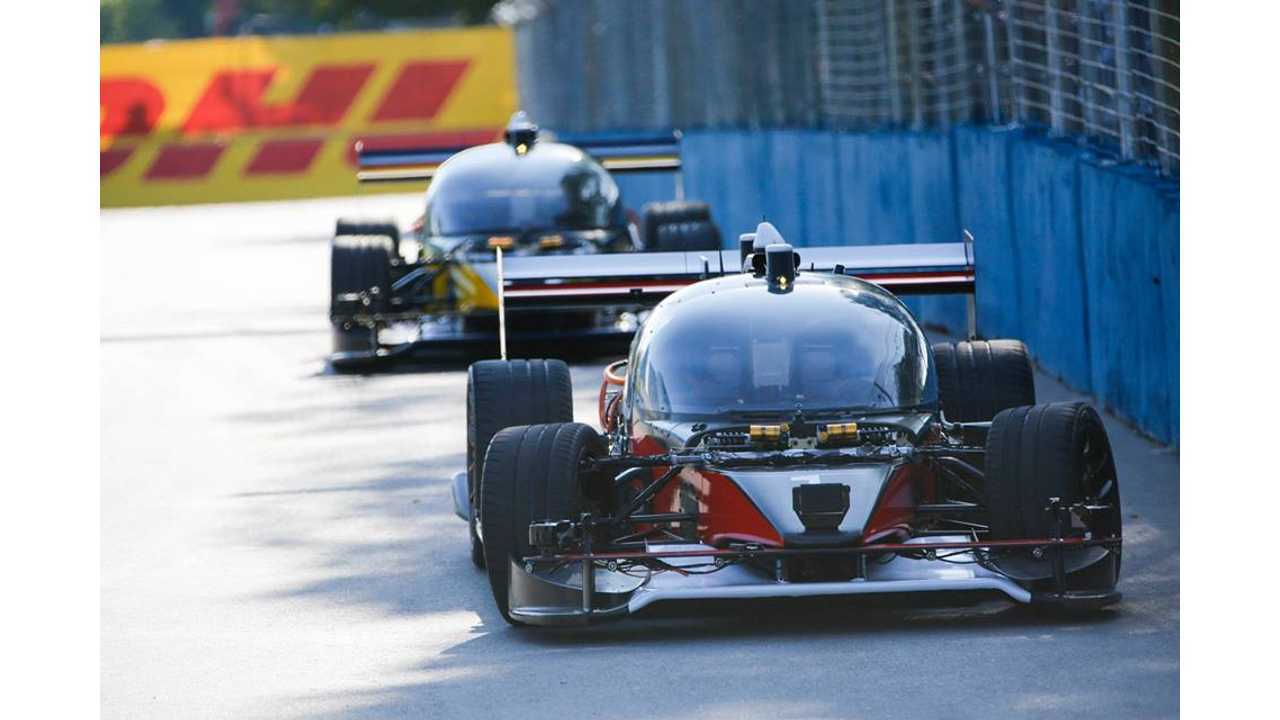 Several months ago we saw  the development  prototype DevBot, and some concept sketches.

Recently two Devbots were tested alongside the Formula E round in Buenos Aires, but the interesting duel didn't end well... at least for one of DevBots.

The self-driving machine made an error and crashed, which significantly lowered the survival stats to ... well, 50%.

"Roborace's two test vehicles (known as DevBots) battled it out on the circuit at a reasonably quick 115MPH, but one of the cars crashed after it took a turn too aggressively. The racing league was quick to tout the safety advantages of crashing autonomous cars ("no drivers were harmed"), but it's clear that the tech is still rough around the edges."