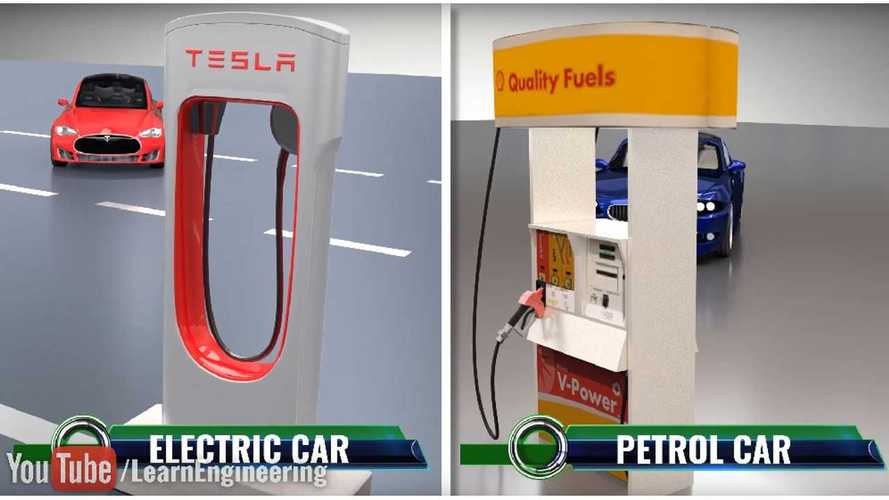 Following up its first segment "How does an Electric Car work ?", it's time for "Electric cars vs Petrol cars" video comparison.

Electric vs. Combustion - Which Makes the Better Racecar?

Today we discuss a hot and controversial topic, electric vs petrol powered racecars, and which makes the ultimate racecars. This video was produced in conjunction with the Learn Engineering youtube channel.